As a natural resource timber, has always been a readily available material.  It’s hard to imagine a time where it didn’t play a part in sheltering our ancestors.  Archaeologists have found timber framed homes in Britain dating back to the Mesolithic period (over 10,000 years ago).  Clear evidence shows timber posts set in holes. 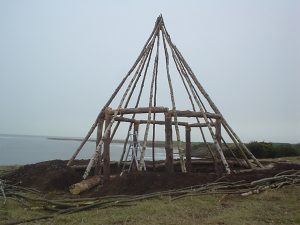 A reconstruction of a Mesolithic ‘house’ at Howick, in Northumberland

Tools improved with the development of metallic alloys from bronze, to iron, to steel.  Steel saws replaced axes as the primary means of shaping timber. In the middle ages, timber framing was reaching its peak.  The construction of impressive buildings such as the hammer-beam roof of Westminster Hall took place during this period.  Westminster has a dramatic clear span of 18m (60ft). 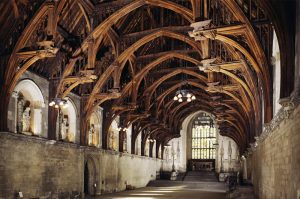 Techniques we would recognise as ‘Timber Framing’ were first developed by the Romans. By AD 50 Romans were building with straight lines, with posts being plumb and plates being level, using the same joints that we use today; particularly the more recognisable mortice and tenon.  Learn more about Roman architecture 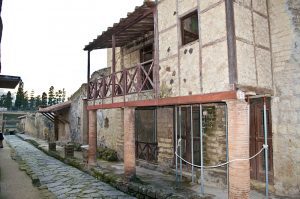 The House of Opus Craticum, Italy. Photo by Kuznetsova Yulia

As the Georgian era moved to the Victorian era timber framing went into decline.  Timber was in high demand by boat builders and house builders alike. There was a short supply of the sections and lengths that the medieval carpenters enjoyed.  Brick and stone were used to make buildings up to the eaves level. Timber framing became the manufacture of roof trusses. Some roofs were simply purlins and ridge beams, spanning across and between brick walls. In the latter half of the 20th Century, gang nail trusses (low quality, small section softwood timbers held together by toothed plates) were the supporting structure beneath the vast majority of modern roofs.

Traditional Timber framing returned thanks to the longevity of the hardwood, particularly oak, used to make impressive and much admired medieval buildings.  Agricultural barns built during the medieval period became sought after for converting into family homes. Often these barns needed repair before they could be deemed structurally sound enough to live in.   Carpenters started to repair these barns. Although metal strapping was the technique of choice; replacing timbers and repairing joints was often necessary, particularly in the case of historically significant listed buildings.

It wasn’t long before barns suitable for conversions were in short supply.  A small number of carpenters and architects saw an opportunity to produce new barn style homes using traditional timber framing techniques.  Carpenter Oak built Seagull House, one of the barn style living homes.  The construction of Seagull House was made possible thanks to the research carried out by Carpenter Oak founders, Adam Milton, Paul Kirkup, Charlie Brentnall and Roderick James.

Through studying the carpentry techniques of our ancestors, their marks for numbering timbers, marking joints and measuring, the ancient and forgotten techniques were re-learned.  Modern timber framers now understand parallel lines with crosses between, and scratches on the outside of posts exactly two feet below the top of the top plates are ways of referencing bendy timbers.

New build oak timber framing became ever more popular with clients and architects alike.  Carpenter Oak were one of the first to develop a means of glazing green oak frames while keeping buildings air and water tight to comply with ever more stringent requirements for energy efficient homes.  Materials such as glass and stainless steel were found to complement oak in a way that our medieval predecessors could not have dreamt of.
Modern, airy open spaces became feasible with the collaboration of architects, craftsmen and engineers. 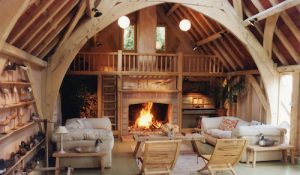 With a combination of materials both ancient and modern, understanding structures by the study of buildings still standing after hundreds of years, and computer modelling of engineered structures, we can produce beautiful and robust structures to suit any brief.  Carpenter Oak continues to learn, evolve and collaborate to create stunning homes, commercial buildings, public spaces and on occasion trebuchets and other historic weapons. 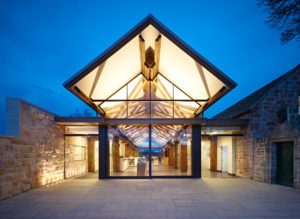 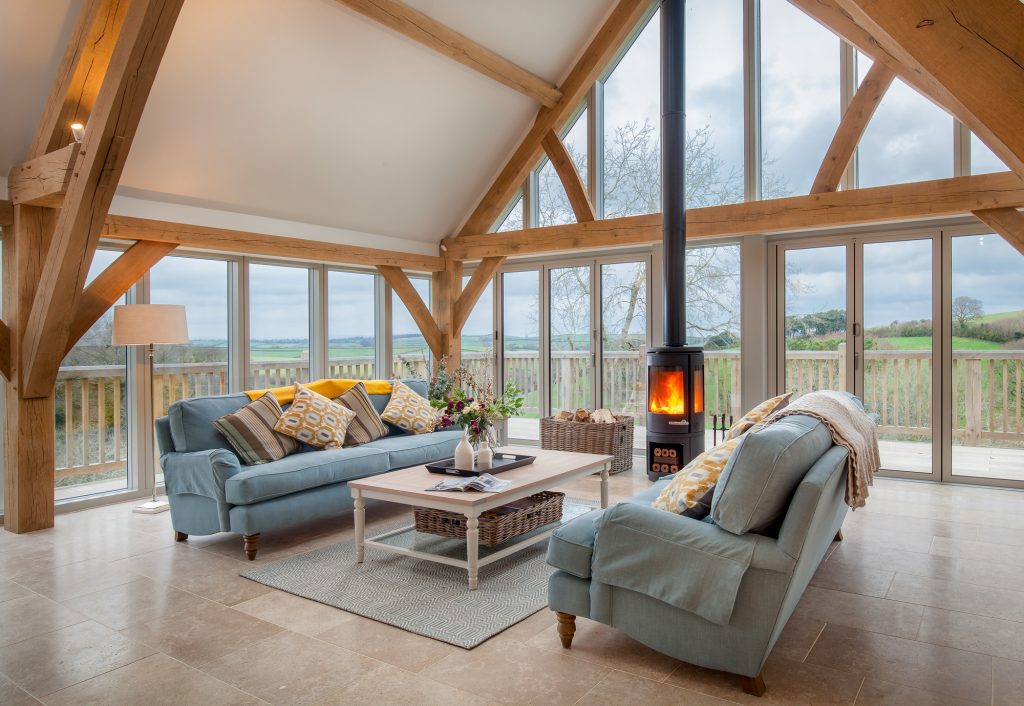 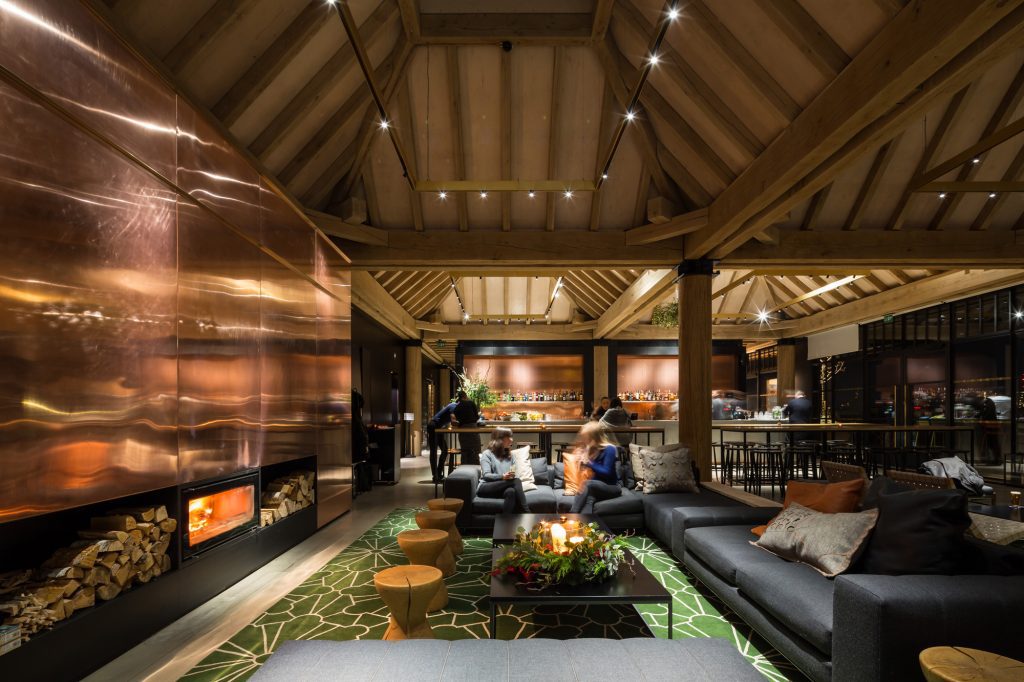 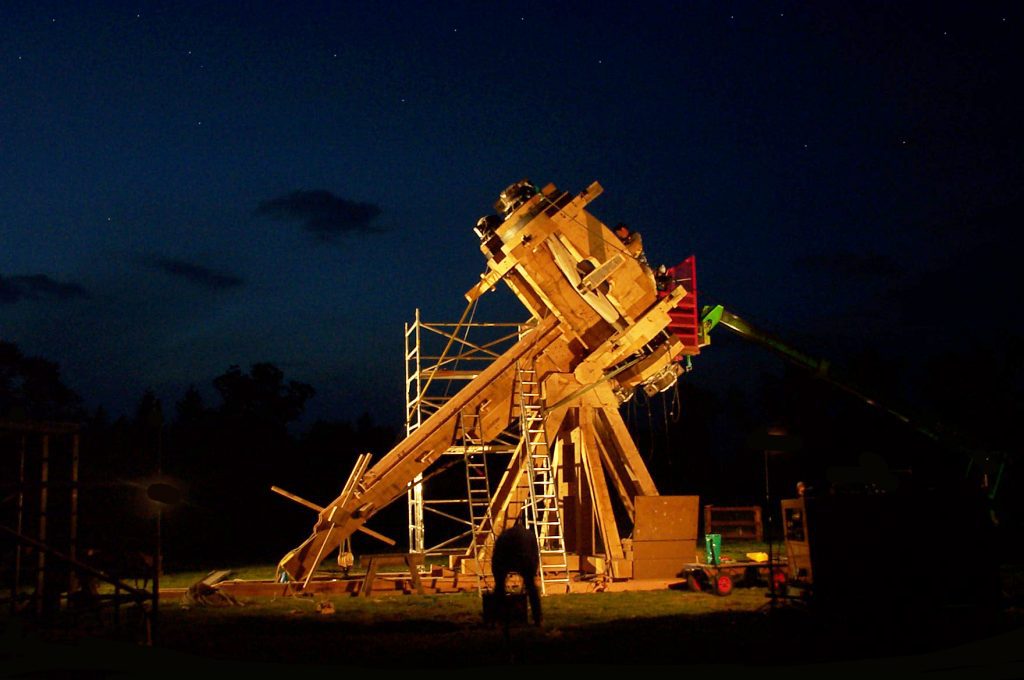 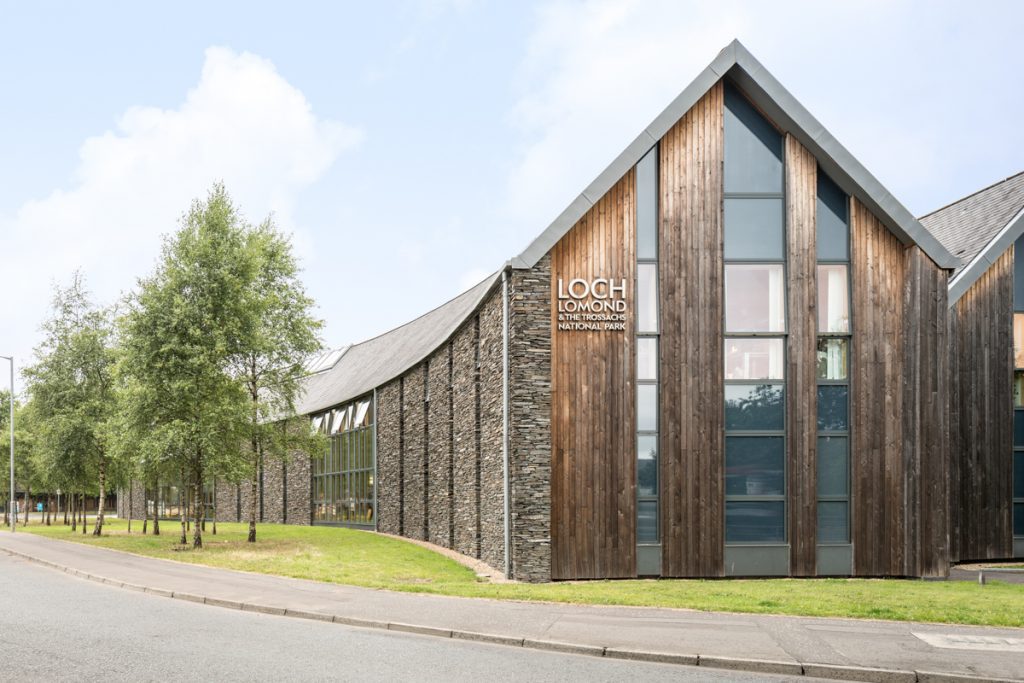 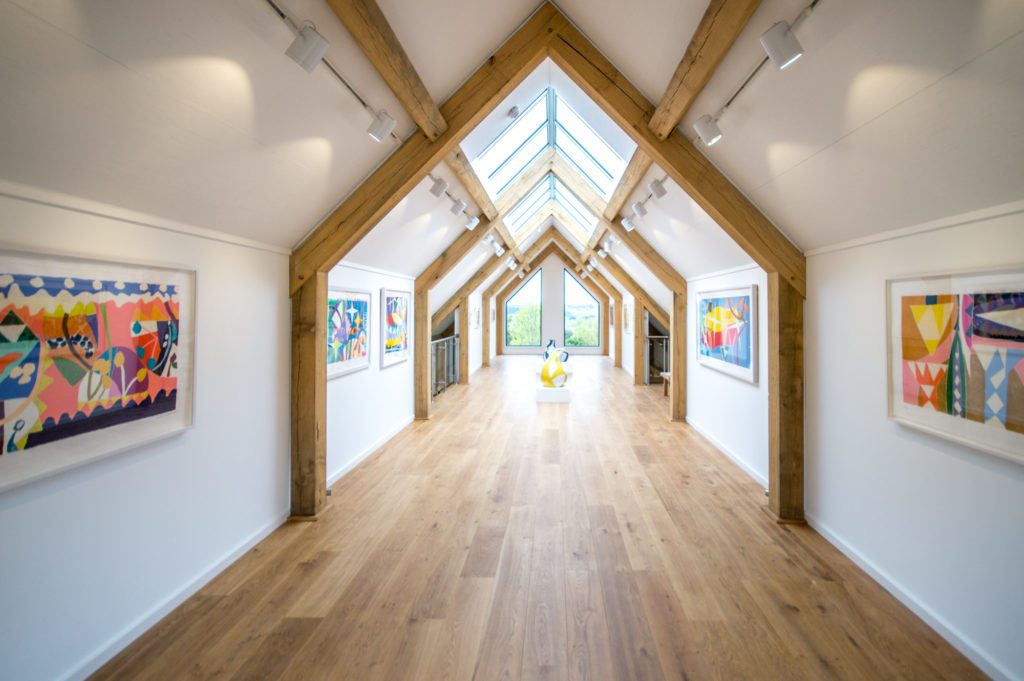