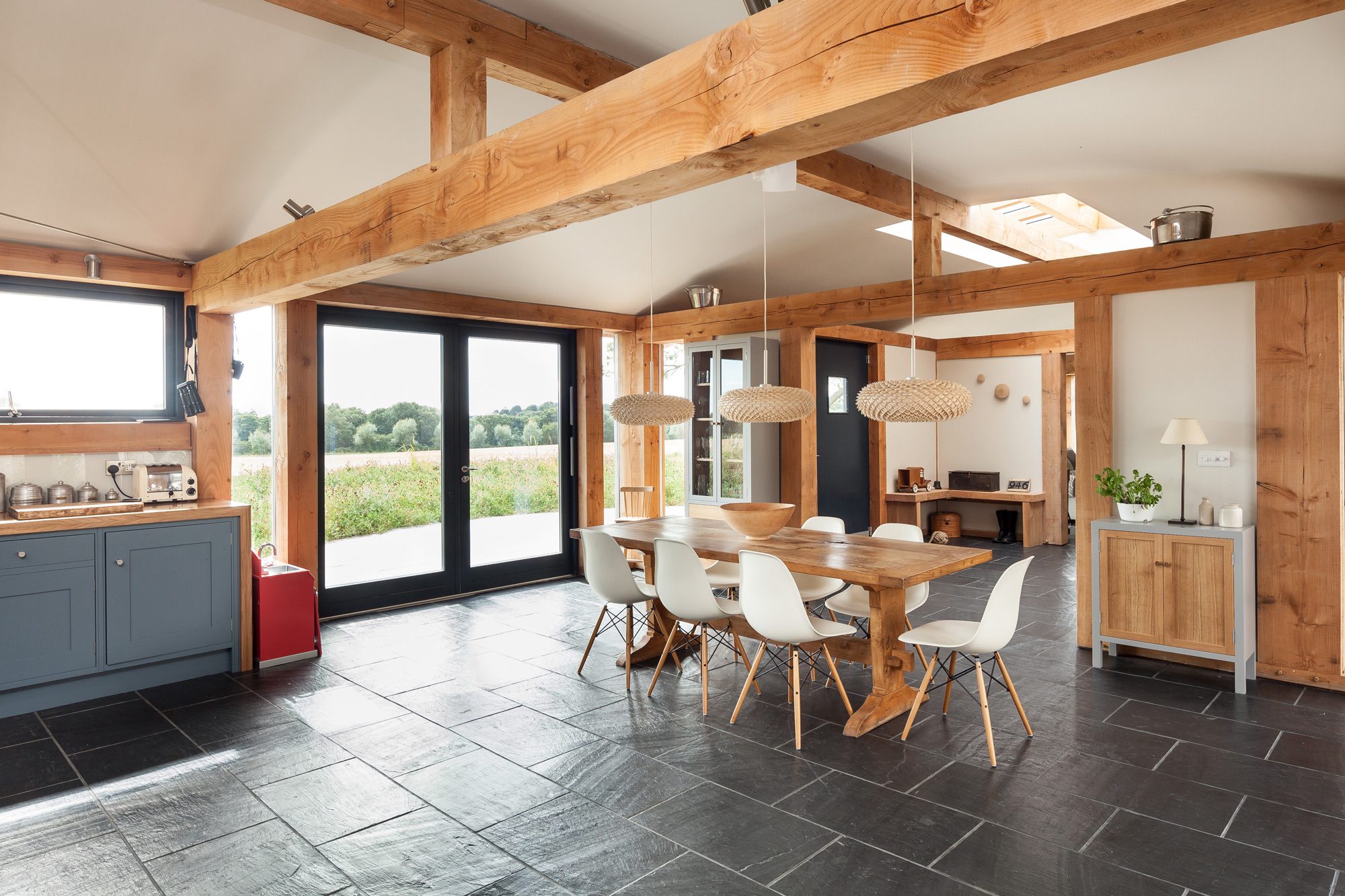 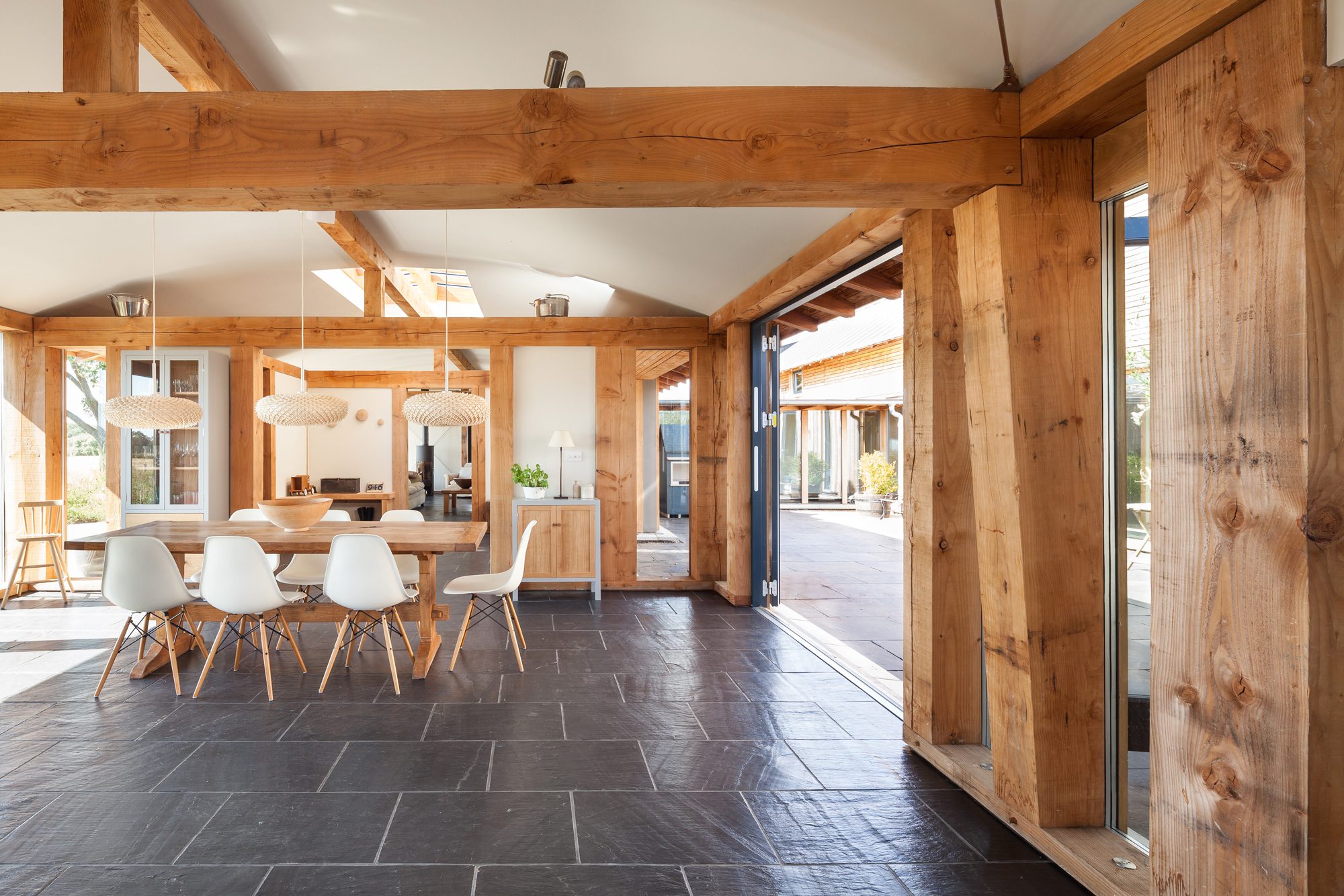 James and Claudia Gray had previously been refused planning permission on the former World War airbase, however the integrity and uniqueness of a timber frame, combined with the use of cutting edge steel tension rods, certainly helped towards the success of the second application. The design was sensitive to the context of the site, which had been occupied by the USAF 381st Bombardment Group:

“We didn’t want to build a traditional timber frame house,” explains James. “It wouldn’t have been appropriate here surrounded by all these Nissen huts. I was listening to Cameron talk about introducing steel ties and curved roofing into timber systems and it just clicked.”