The original, which we built in 2005, was the world’s largest working trebuchet based on designs from the 13th and 14th centuries. It was constructed with the support of Dr Peter Vemming from The Mediaeval Centre in Denmark. The trebuchet operates as it would have done in siege warfare using winders in the wheels co-ordinated by a Trebuchet Master, launching an 18kg projectile approximately 200 metres.

It has been a favourite at Warwick Castle for many years and visitors have been able to watch it launch projectiles in their exciting shows.

It’s not been in action in recent years due to wear and tear making it unsafe to use, so the Castle got in touch with us to request a new replica. The new trebuchet will be built in oak, except for the arm which is made from ash, at the workshop in our Devon yard and assembled at the castle in early 2023.

We’ve also been busy dismantling the current one (see photos below) which had been put up ‘for sale’ on Facebook Marketplace.

Over the years Carpenter Oak have been commissioned to build various historical siege weapons such as a Roman Ballista and Leonardo Di Vinci’s crossbow. Our experience in this specialist field has meant we’ve worked on some incredible projects, including for film and television. 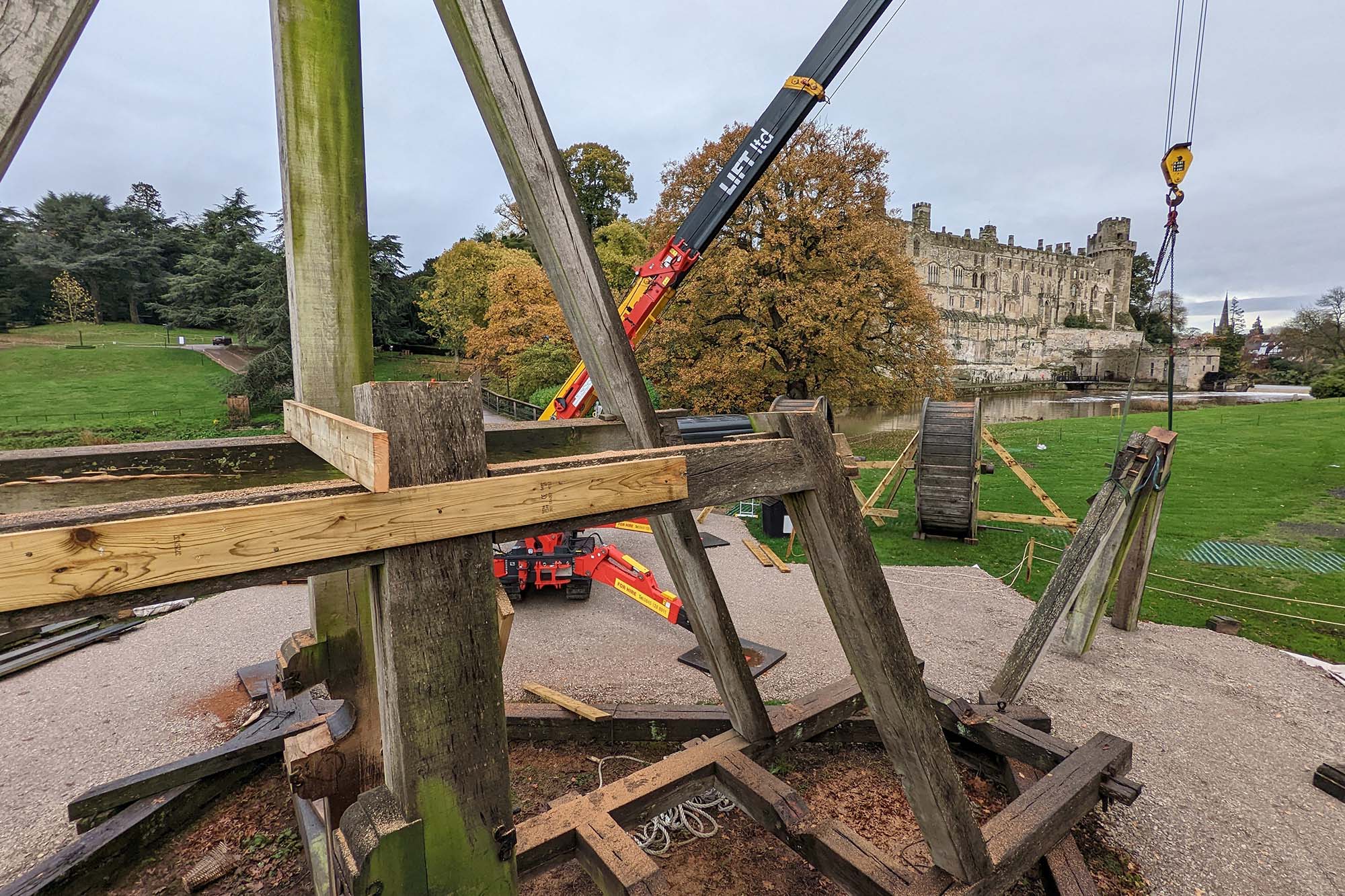 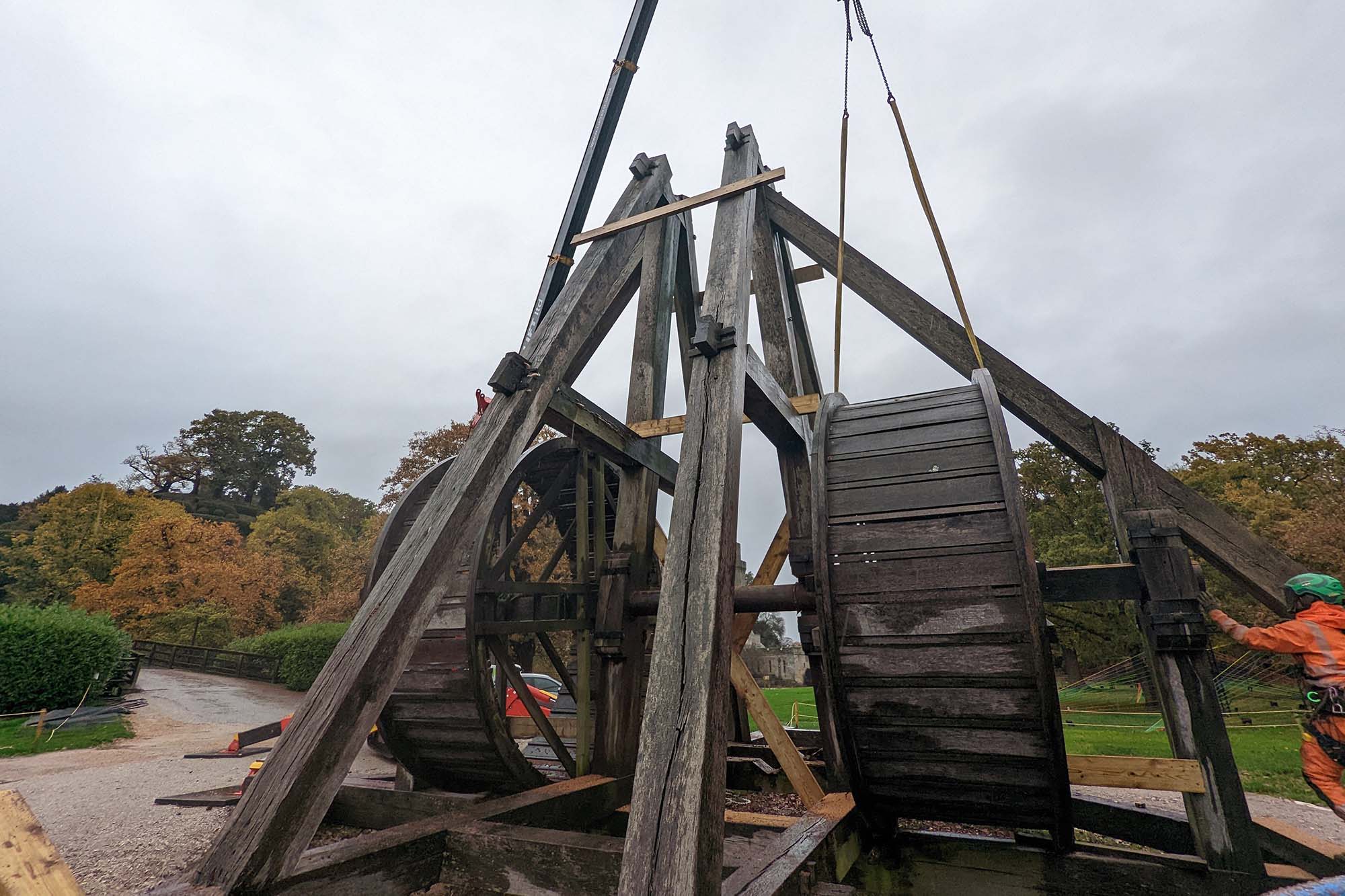 2022 – Celebrating our projects and our people