In November 2016 we were approached by Paul in Montana, this was the beginning of Carpenter Oak’s journey into raising a traditional English frame in Montana, USA.  Paul had fallen in love with English style framing.  Distinctively different due to the type of timber available and made using scribe rule as opposed to square rule. English style framing is born out of working with and adapting crooked, irregular lengths of timber.  US style framing, in contrast, uses large, long, straight, widely available timber.  US framing is much more square, post and beam in its style, traditional English framing utilises curved pieces of timber resulting in sling brace framing which isn’t generally seen in the U.S.

Paul stumbled across Carpenter Oak on Houzz, he loved English framing, the dollar was strong, it didn’t seem such a far fetched idea to explore.

“The pictures jumped out as being unique, different from that of other timber framers. The materials, construction, attention to detail and the truss designs made them stand out.”

Originally the dream was to have the frame built in our Devon yard out of English Oak and then ship it to site in Montana.  Carpenter Oak had previously exported a frame to the US back in 1995, so it seemed plausible to repeat the process.  US regulations have changed more than we could have imagined since 1995, repeating the process was not going to be as easy as initially thought.  Project Manager, Tristan carried out a huge amount of research around the rules and regulations relating to importing timber and timber frames.

Kiln drying, heat treatment or fumigating the oak were the only options available to pass U.S. import regulations.  Kiln dried timber is only available in very small sections and any heat treatment involved would take a total of eight weeks, in a controlled process to stop the timber twisting, cracking and delaminating.

Through Petra Schnatmeier (the owner of one of our regular sawmills), Tristan was put in touch with Professor, Dr Welling, in Hamburg who specialises in wood drying. He detailed what the processes involved would be, each section of the frame needing specific treatment based on its size.

“It quickly became apparent that it was just not feasible. We have so many different sections of timber to deal with, the heating and cooling process would have been different for each.  We would have had to batch process by section and then each batch would have to be quarantined.”

Fumigating the timber was also not an option, as the substance required by U.S. regulations is a banned substance in Europe.

As a last resort, Tristan contacted every country with a coastline to explore the possibility of fumigating the frame abroad before shipping it on to America. The end result remained the same, importing a green English oak frame or English oak was not going to be realistic or achievable.

With this in mind, that could have been the end our relationship with Paul, but Paul is an exceptional client and Carpenter Oak loves a challenge, so although it seemed an unmanageable task, Tristan quickly looked for alternative solutions. Continuous communication and involvement, with Paul, led to the idea of collaborating with a Canadian framing company.

“Tristan has been a real professional, I have confidence in everything he tells me, I can’t say enough good about him”

Gordon Macdonald and Steve Lawrence were an obvious choice as they had worked with directors Adam, Paul and Charley Brentnall, for many years, at the Chippenham Yard.  Paul and Adam formed the Devon Yard in 1995 and Steve and Gordon went on to open the Scotland Yard in 1999, before returning (Gordon is Canadian) to Canada to start MacDonald and Lawrence.  This collaborative project has seen the reuniting of friends from the original Carpenter Oak team and their combined expertise and knowledge has made this project possible.

Achieving the full collaboration process has included sending two carpenters from our Devon Yard to work with the team at Macdonald and Lawrence. Matt and Alan, highly motivated, diverse and capable carpenters, will be away for a total of eight weeks, a big commitment for them in terms of time away from home.  Matt and Alan are excited about the opportunity to work in the US and Canada.  They’re looking forward to exploring in their downtime, from their stunning location at Cowichan Bay in a waterfront property on Vancouver Island.  Their working day will differ from that of the Devon yard, McDonald and Lawrence work a four day week, 7am-6pm – long days but a three day weekend! 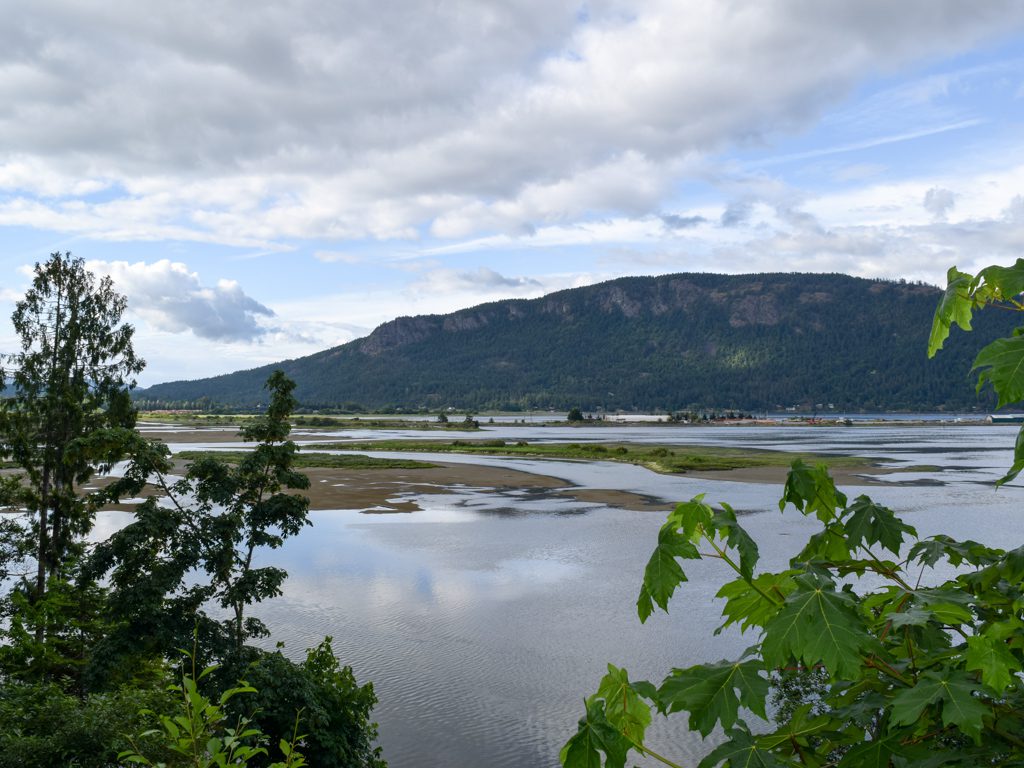 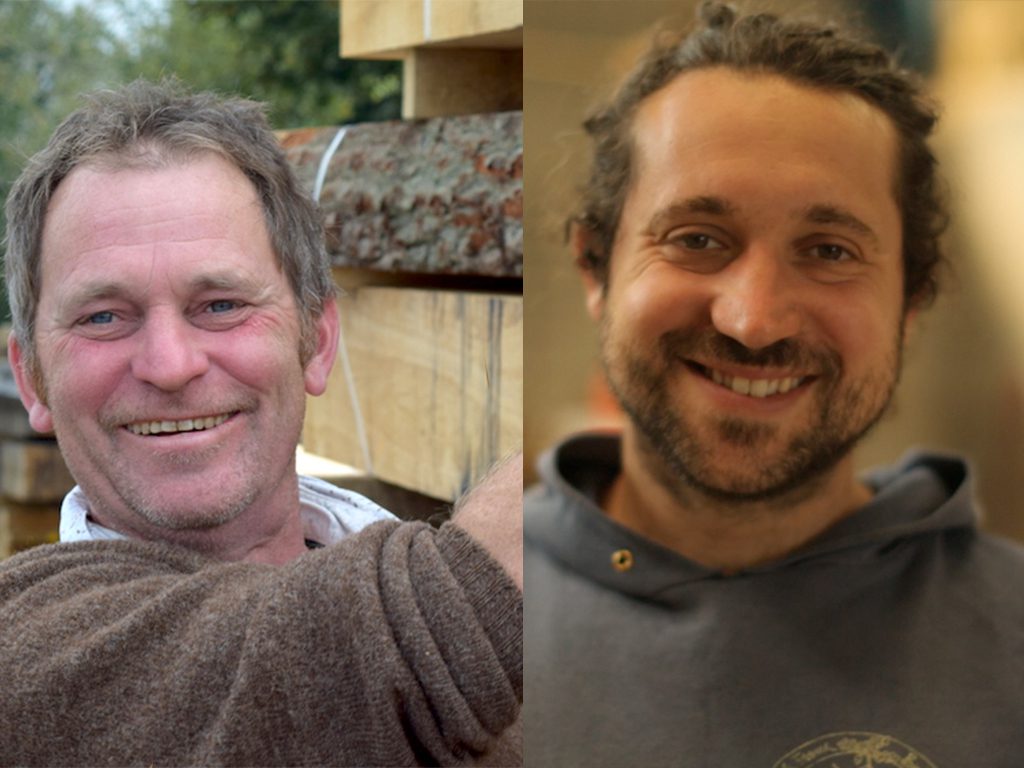 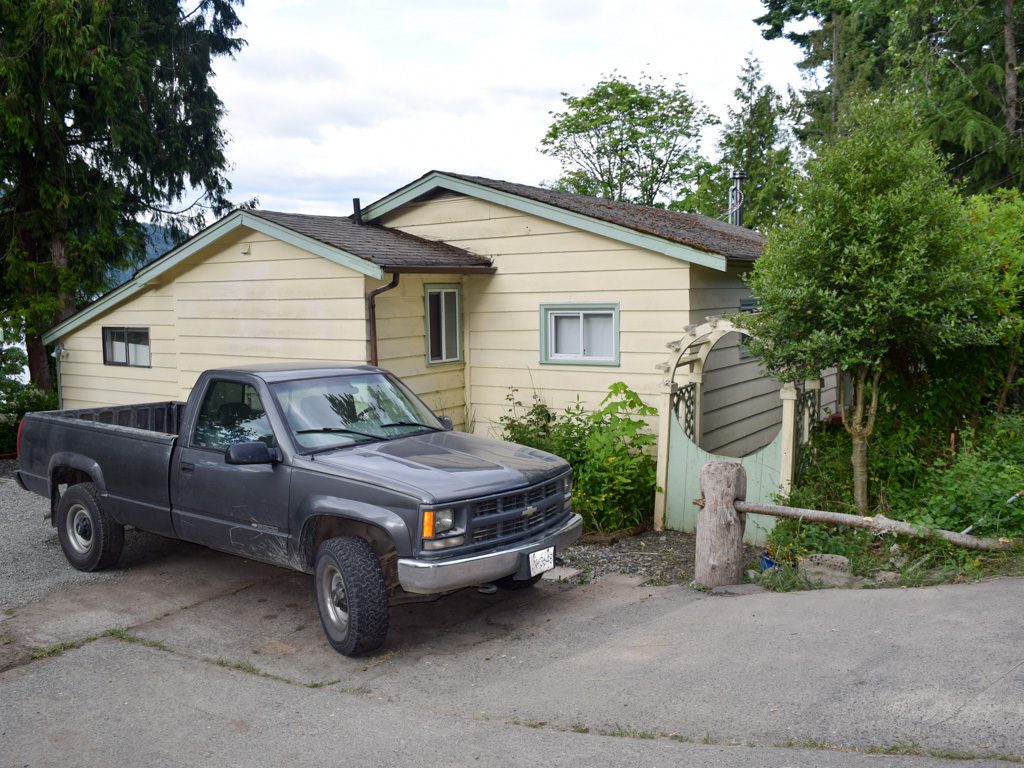 “It’s been a long process, I’m looking forward to teaching the McDonald and Lawrence team about UK framing and learning from them.  They are currently preparing 50 trestles, their framing process is very different to ours.”

With Cedar or Douglas fir being more locally available in the area, there could have been an alternative option for the frame.  Keen to stick as close to the original design as possible, Paul opted for American White Oak.

American White Oak grows in the East Coast of America and Canada, which instigated Tristan’s next task of locating a saw mill that could provide the size and quantity of Oak needed to complete the project.  His solution came in the form of Pioneer Lumber and a timber mill 2500 miles away in Kentucky, resulting in further complications in transporting the timber from state to state.  Kentucky being one of the sticking points – it has a lower load restriction to other states meaning that a greater number of lorries would be used to transport the timber across Kentucky.  It is predicted that the timber will pass through 9 states. 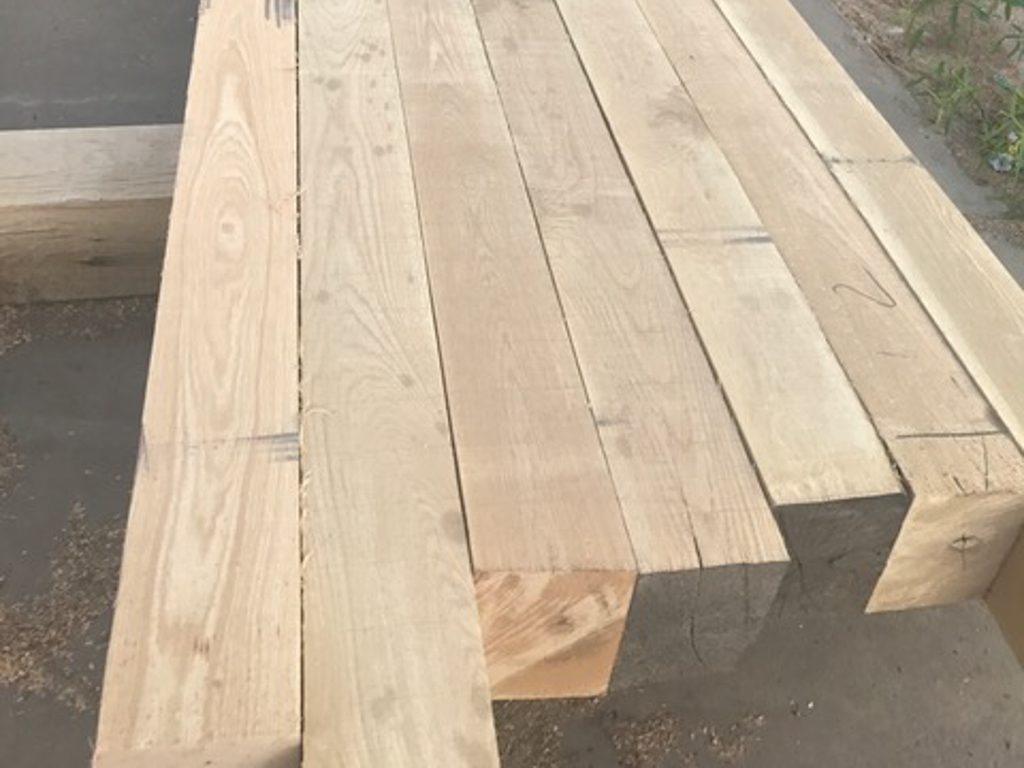 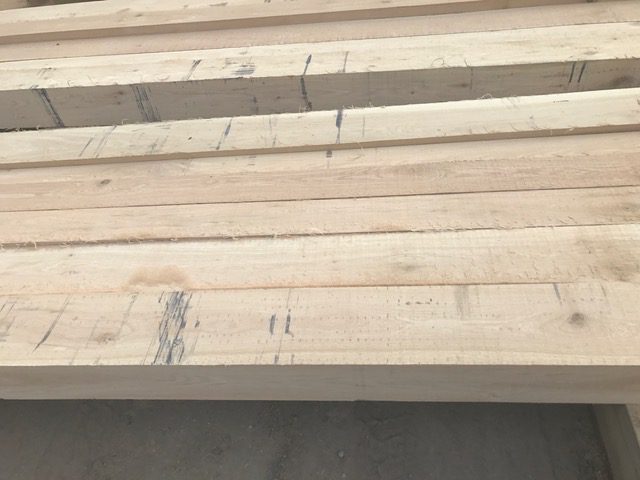 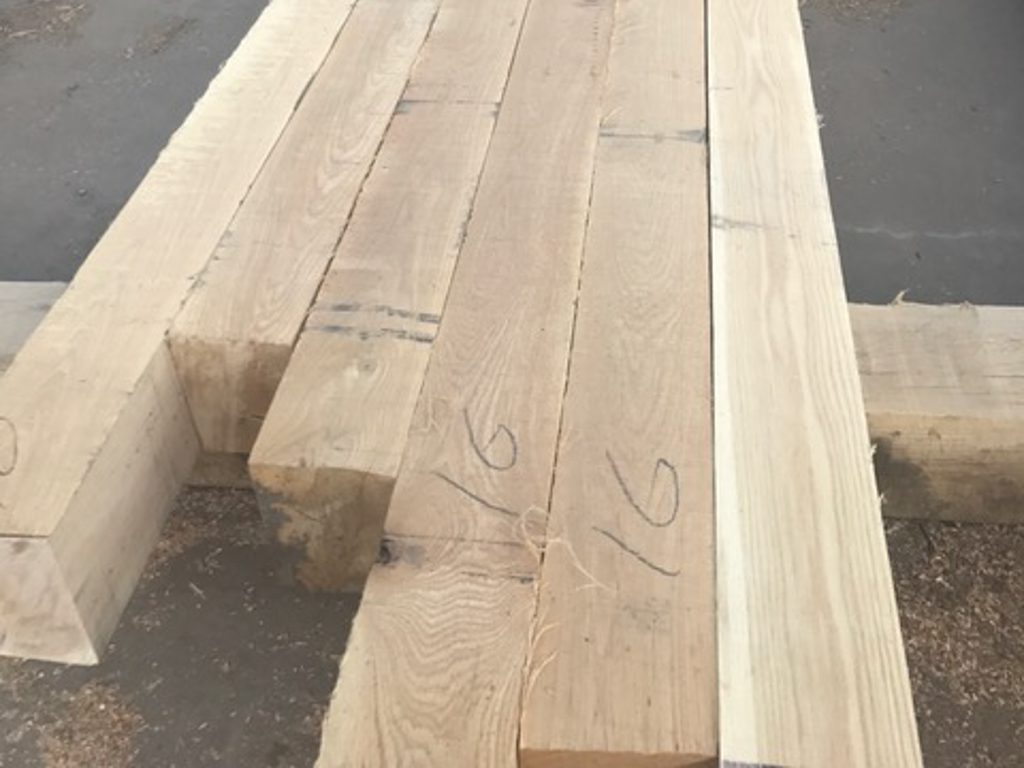 With the Mill, timber and yard organised, the team at Carpenter Oak were once again able to focus on the design process and locate a structural engineer familiar with Timber Frame construction and registered in Montana.  US engineers have to be registered in the state where the finished building will be erected.  Steve Lawrence was able to put Carpenter Oak in touch with Jennifer Anthony of Fearless Engineers.

Significantly different to that of the UK, the engineering process in the US covers aspects such as Snow Loading, Seismic Activity and Hurricanes, which are more unusual for a European frame to contend with.  Carpenter Oak has come across Snow Loading regulations before when constructing a large Oak Pool House in St Petersburg, Russia (a project completed in 6 different languages).

Consequently, several adjustments were made to the original design, most notably to the roof.

“The roof has to be designed in such a way to bear 75lbs per square inch of snow load but on one side of the building. A totally unequal load, all the weight on one side and nothing on the other to balance it out.”

Various elements of the frame needed to be reinforced, additional bracing added and sectional changes made. Ironically, during this process it became apparent as to why US Timber Frame buildings look as they do and how challenging it is to achieve the look of a UK Framed building within US regulations.  Originally, Carpenter Oak’s frame was to be of stand-alone design and construction.  With the added reinforcements needed it was only logical that some of this would be carried out by the SIP’s envelope.  In addition, two steel tie rods were introduced to the sling brace frames. 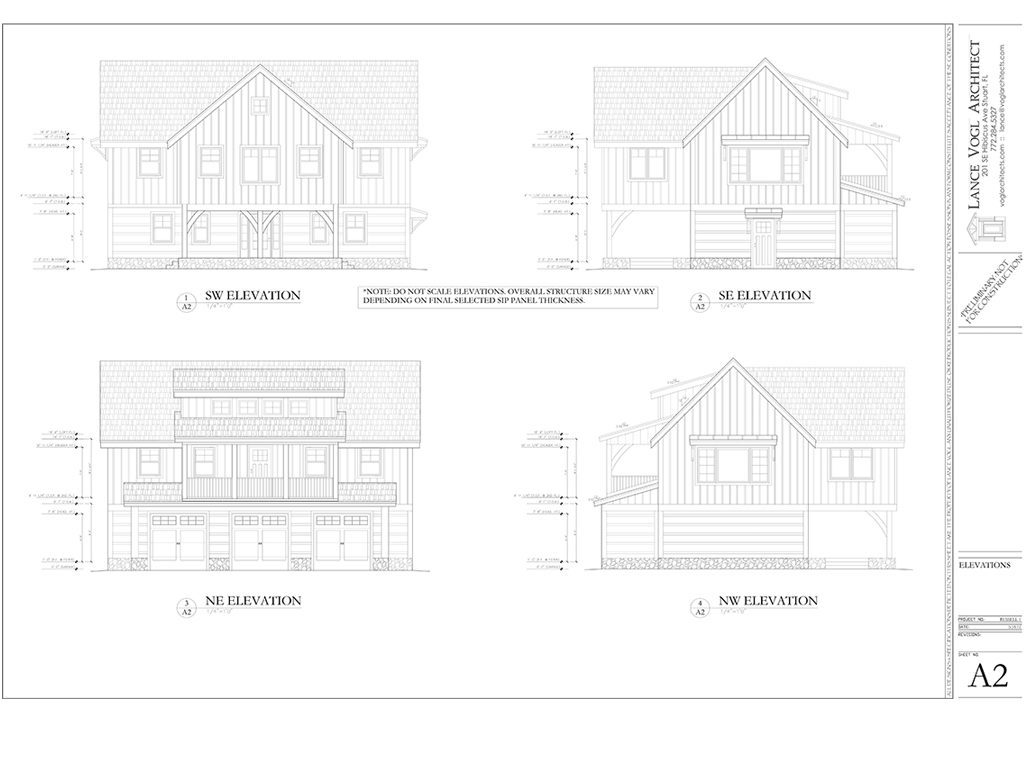 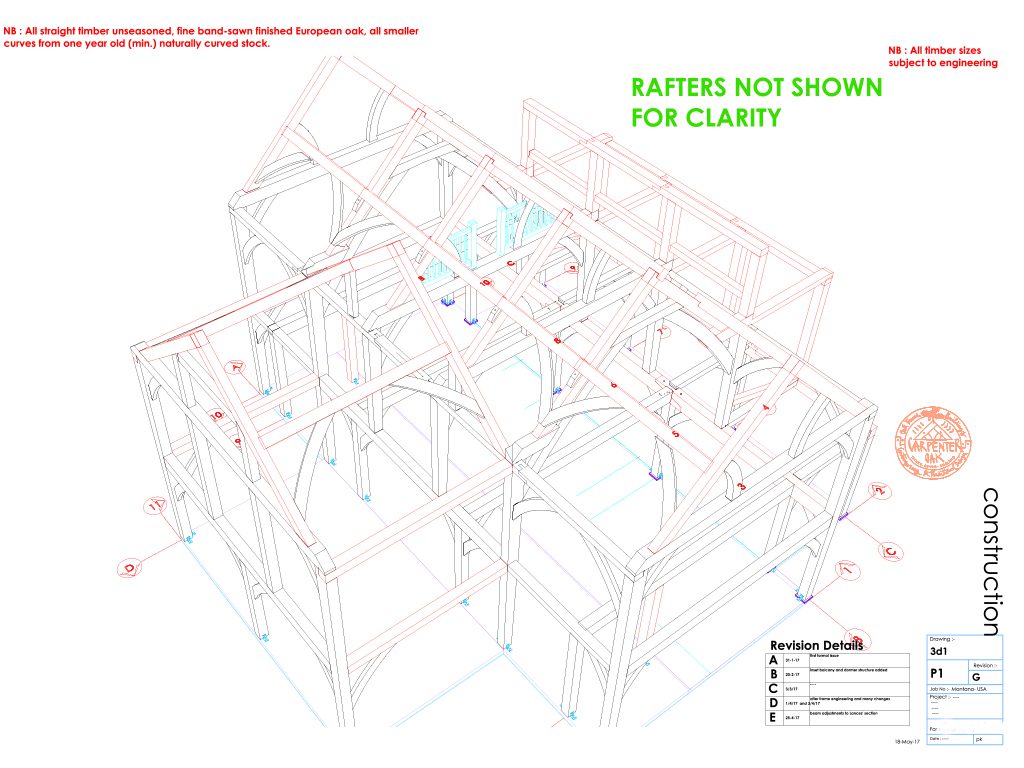 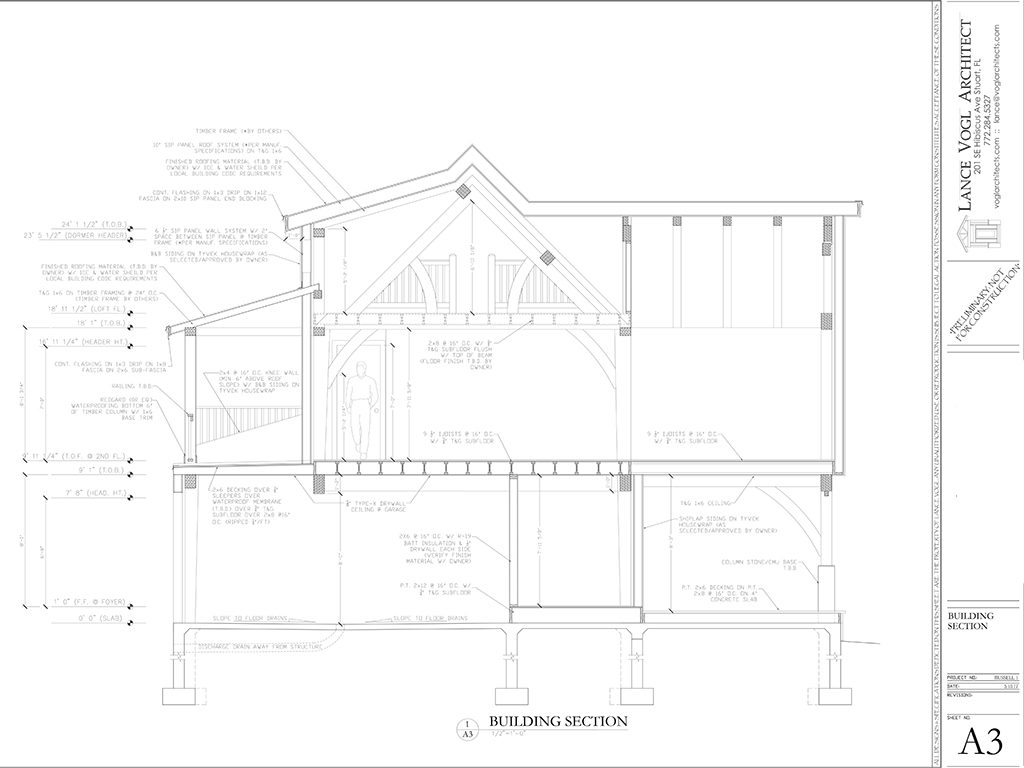 The finished cabin will be made of 34m3 of timber, currently Carpenter Oak’s biggest frame of the year.  The 2½ story frame comprises of a ground floor garage, first floor living accommodation and bedrooms in the loft area.  The Cabin is to be phase one of a two phase build that will sit on a 40+ acre plot containing two lakes and surrounded by snow-capped mountains.

“I’m excited about the project, having spent a lot of time on the phone with Tristan.  I’ve done a lot of building over the past 30 years and this is something new.  I’m looking forward to seeing it go up.”

Motivated by the story, project, experience and the challenge of wanting to build ‘cool stuff,’ Carpenter Oak is about the work involved and the projects undertaken.

“There’s always value in doing something that’s hard to do”.

Carpenter Oak has carried out several successful international projects, you can view them here.

Catch up with Alan and Matt’s Diary