A project featuring a Carpenter Oak frame, Redhill Barn (also known as The Outfarm), was featured in the 3rd episode of Grand Designs: House of the Year on Channel 4.

The Royal Institute of British Architects (RIBA) had longlisted hundreds of entries down to 20 homes, and Redhill Barn / The Outfarm was picked as one of the seven shortlisted homes.

Amin Taha, Chair of the RIBA House of the Year Jury, said of the barn conversion project: “Their [the architects] idea from the start was to maintain the history, the story of the old, and then where you need to add new – speak of today. It’s a beautiful thing. A lot of light, fantastic views, and you look up at this fantastic ceiling.”

Redhill Barn / The Outfarm was an interesting and challenging project Carpenter Oak was involved in a few years ago. We worked closely with the architects, Type Studios, who were looking for a particular aesthetic which pushed the boundaries of timber frame engineering, but is also simple, functional and precise in the way that old barns are known for.

Kevin Mcloud described it as “An extraordinary fusion of traditional approaches and 21st century design.” 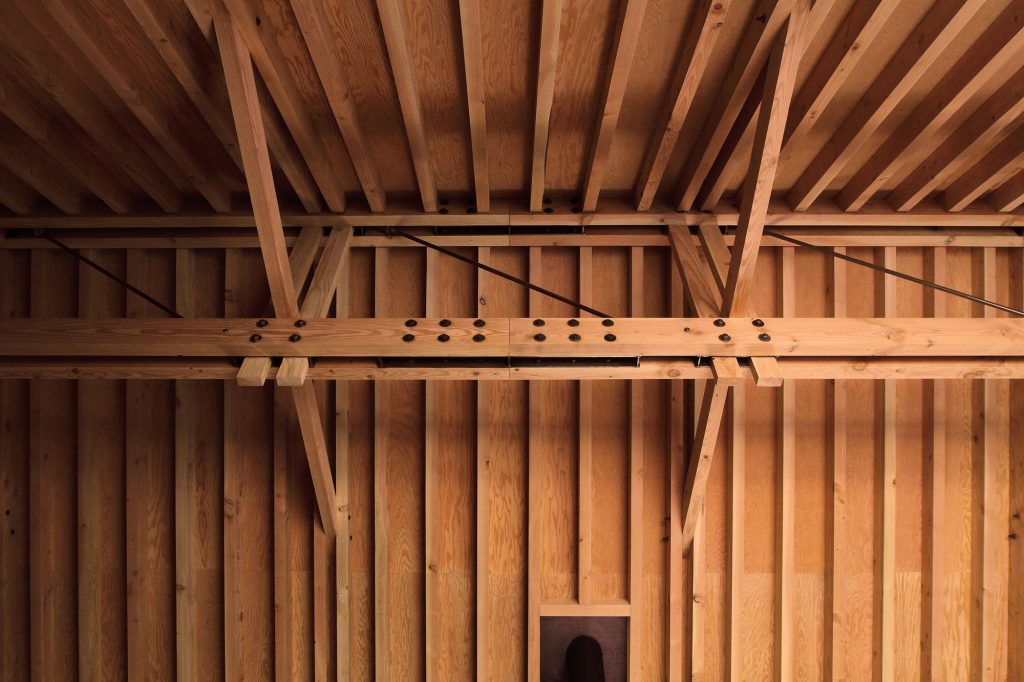 A unique single truss design from gable to gable 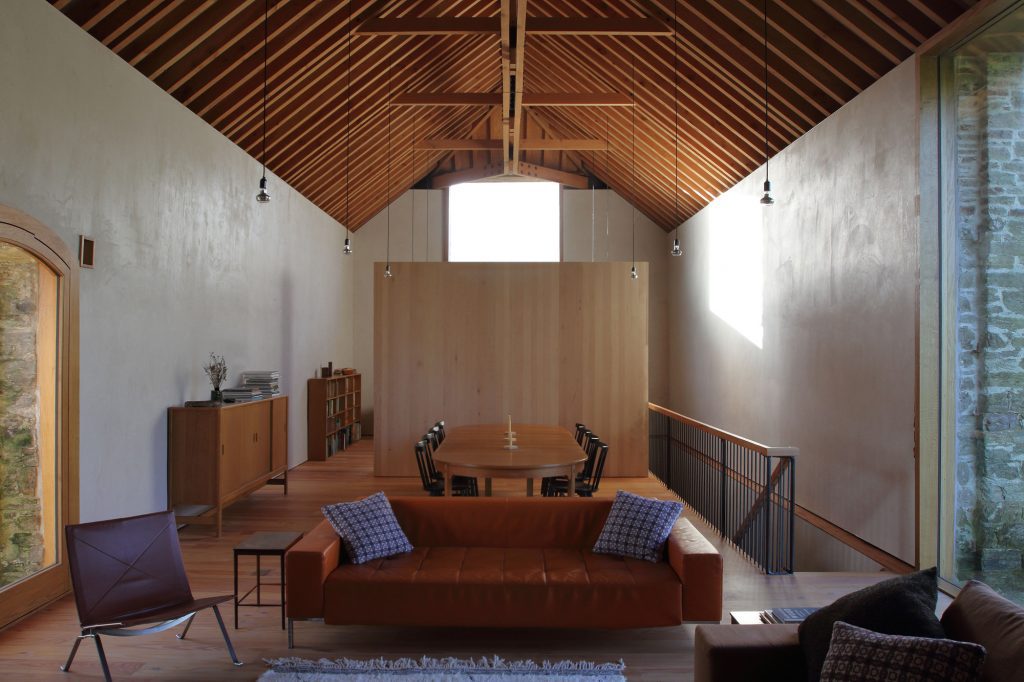 The barn is situated in the beautiful Devon countryside 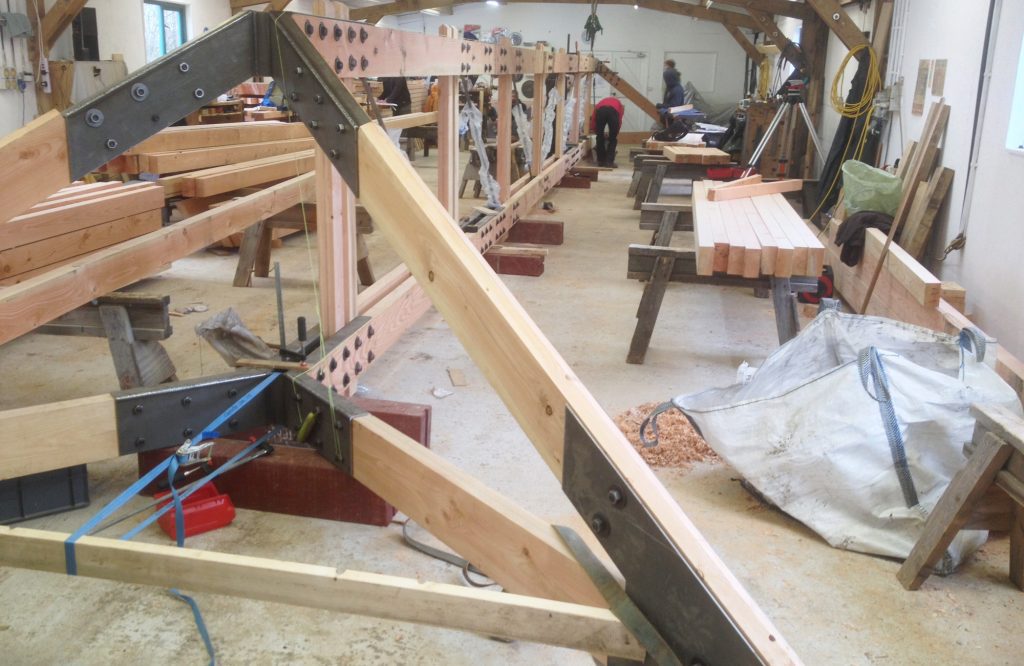 The frame was built by hand in Carpenter Oak’s workshops 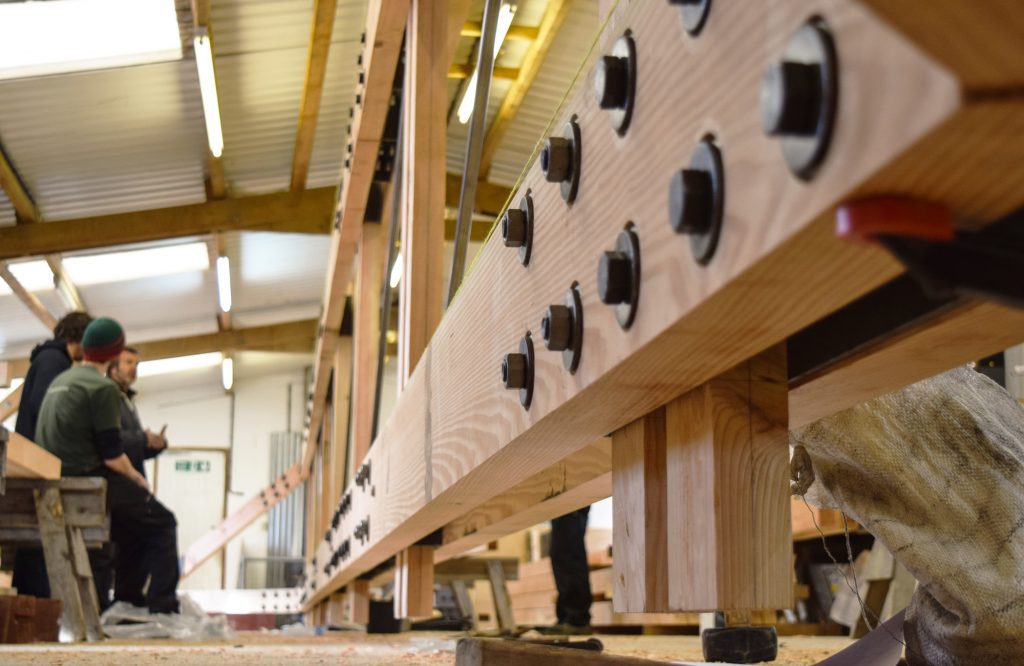 Our carpenters built it full size in the workshop

You can read more about Redhill Barn / The Outfarm in our case study.