Our week at Carrickfergus Castle

After a week on site in Northern Ireland, the new roof structure that we designed and made in our Devon yard is now up!

The £1 million project, funded by capital investment and managed by the Department of Communities, used Irish oak from County Wicklow that was felled by Storm Ophelia in 2017.

Carrickfergus Castle was first built in 1177 and has been an imposing monument in County Antrim ever since.  Garrisoned continuously for 750 years until 1928 when it came under control of the new government of Northern Ireland and preserved as an ancient monument.

The new roof structure replaced a relatively modern flat roof that was in disrepair and allowing water ingress.  Our frame will form the principal trusses of the roof of the Great Tower, with the whole project due for completion in Autumn 2019.

We were visited on day one by the BBC and regular updates will appear on the Love Heritage NI Facebook page. 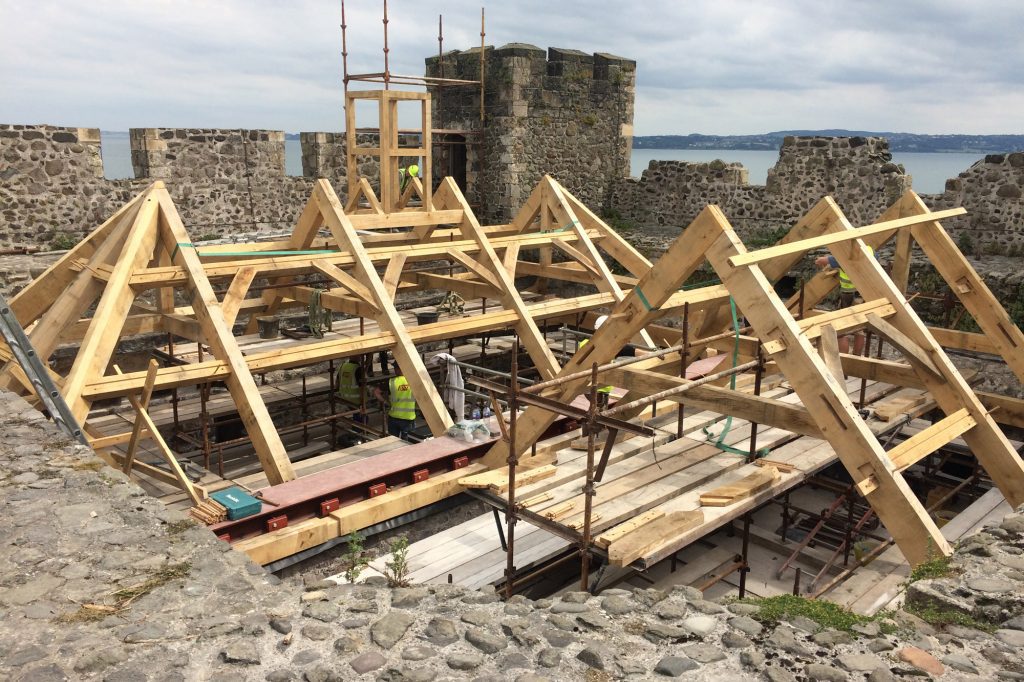 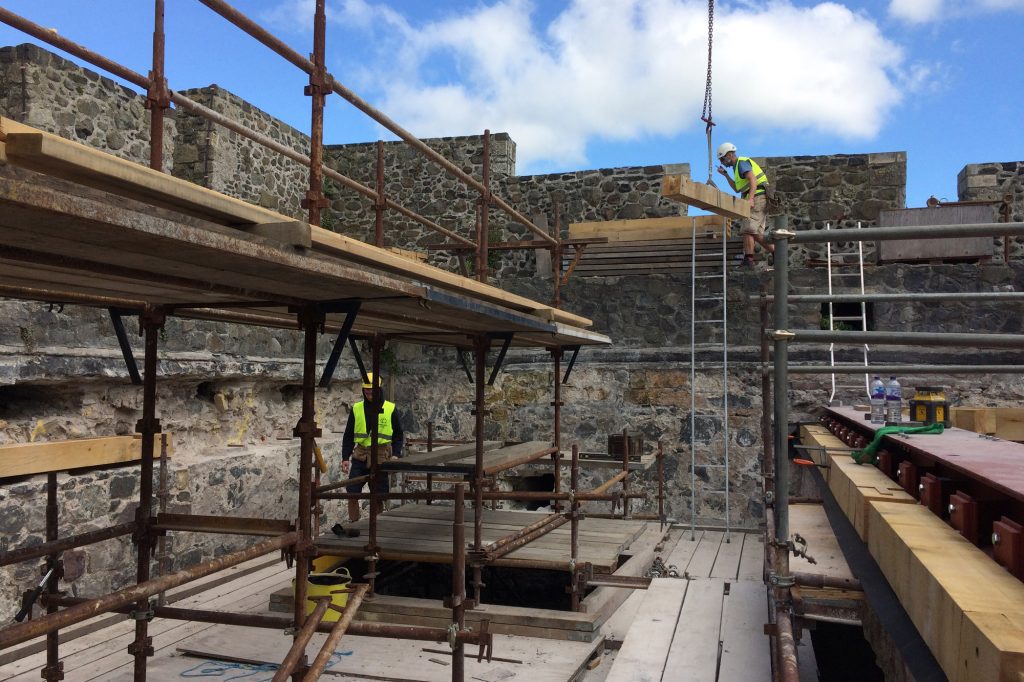 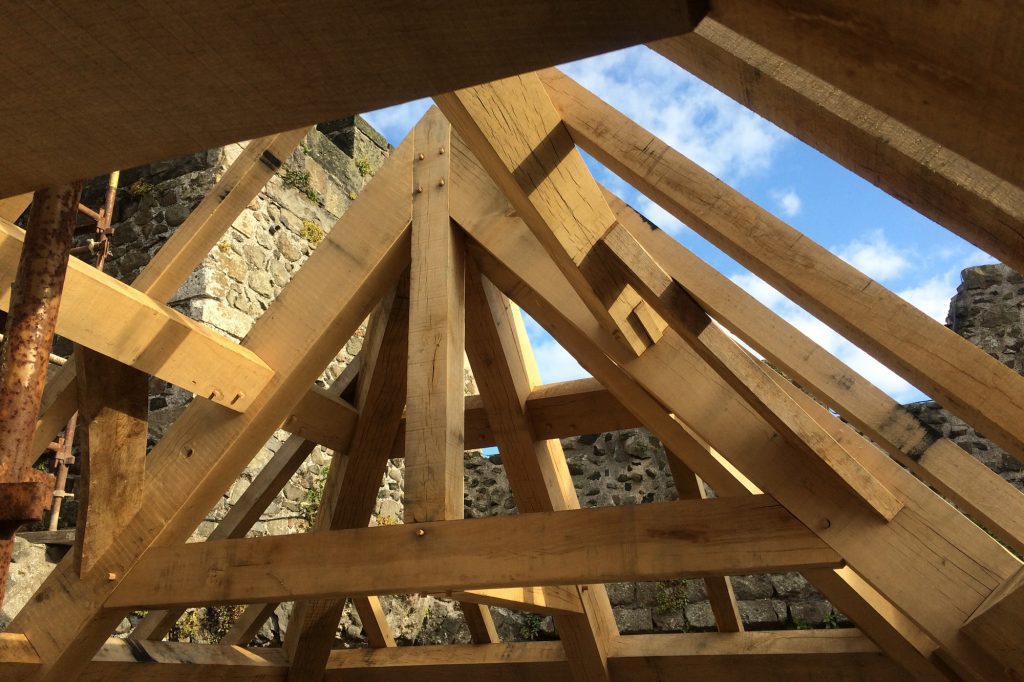 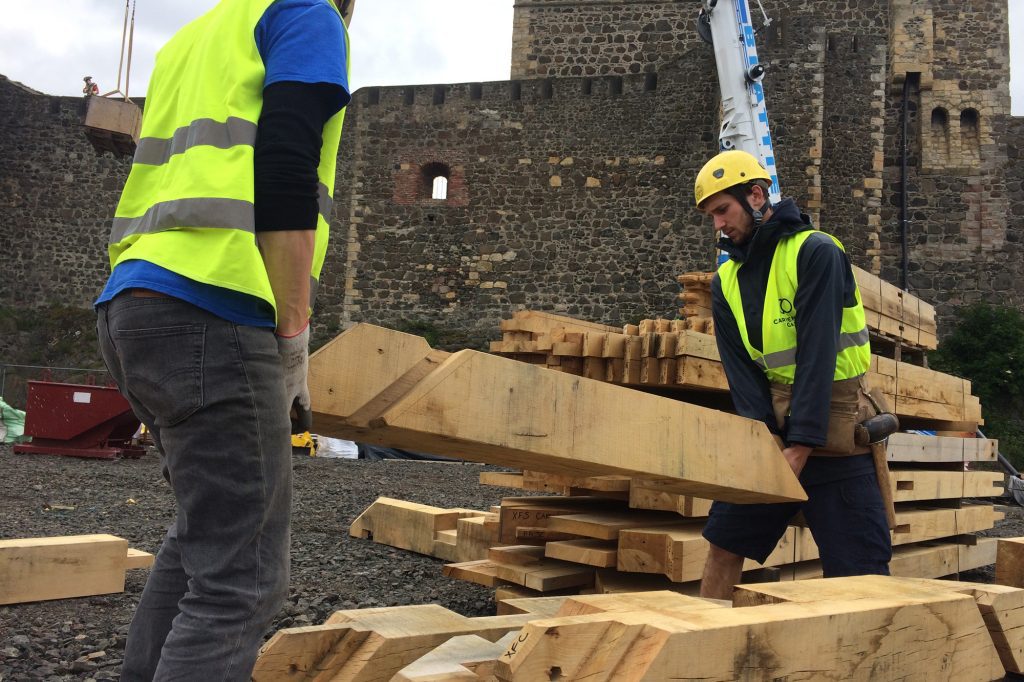 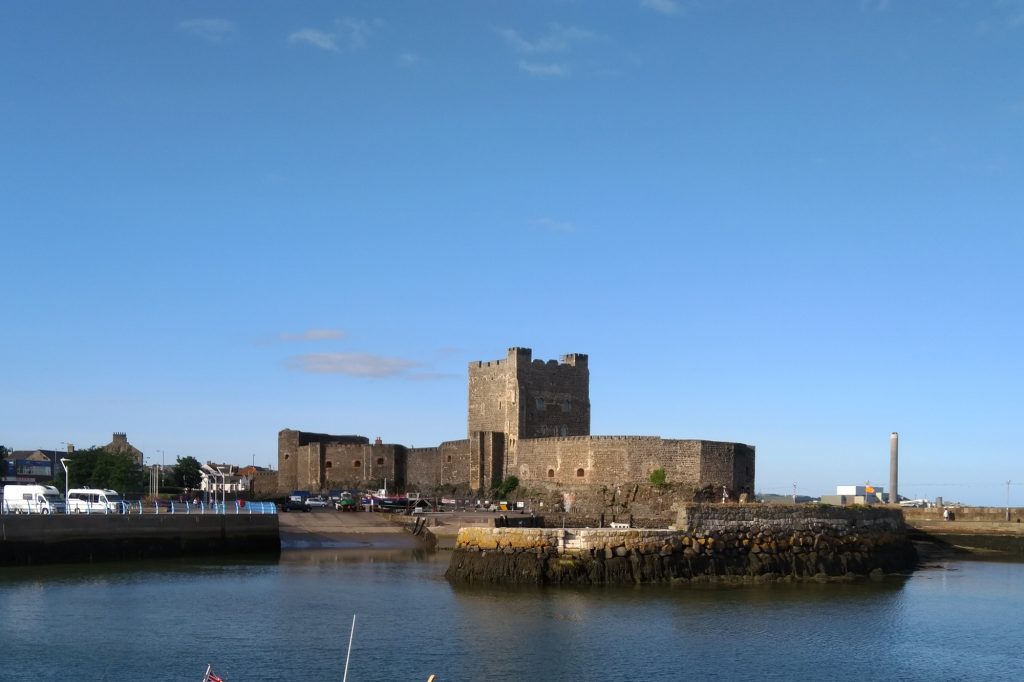 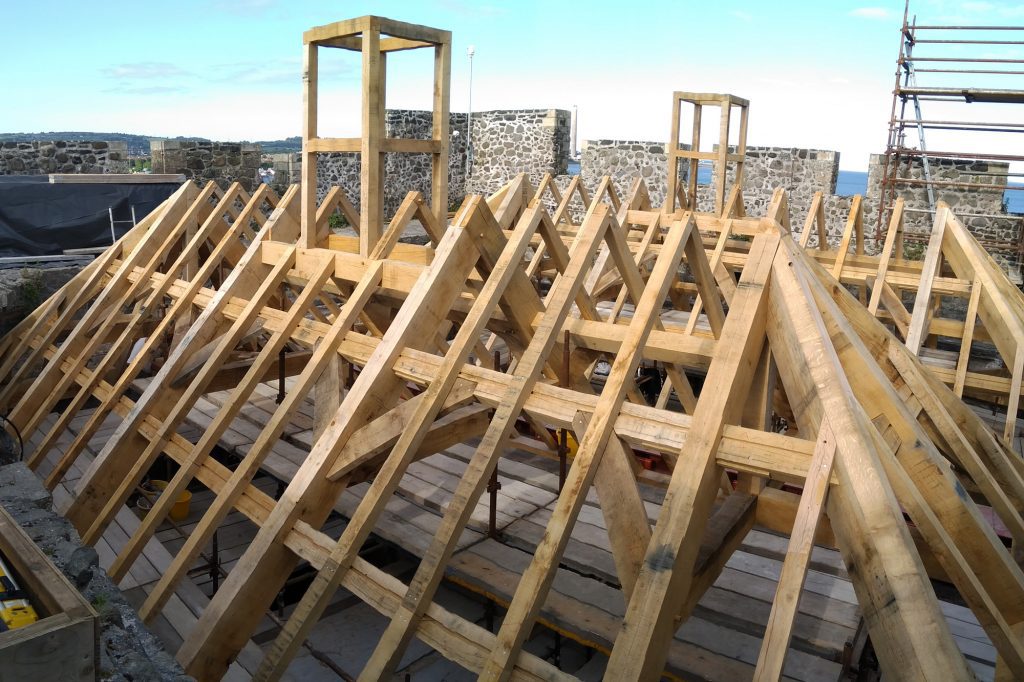 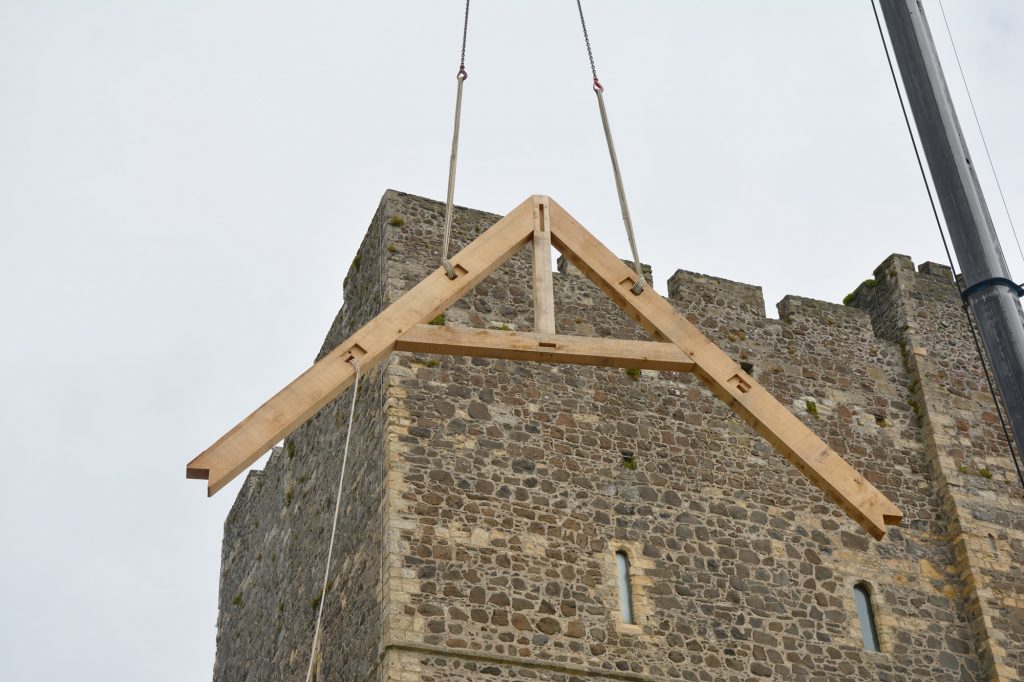 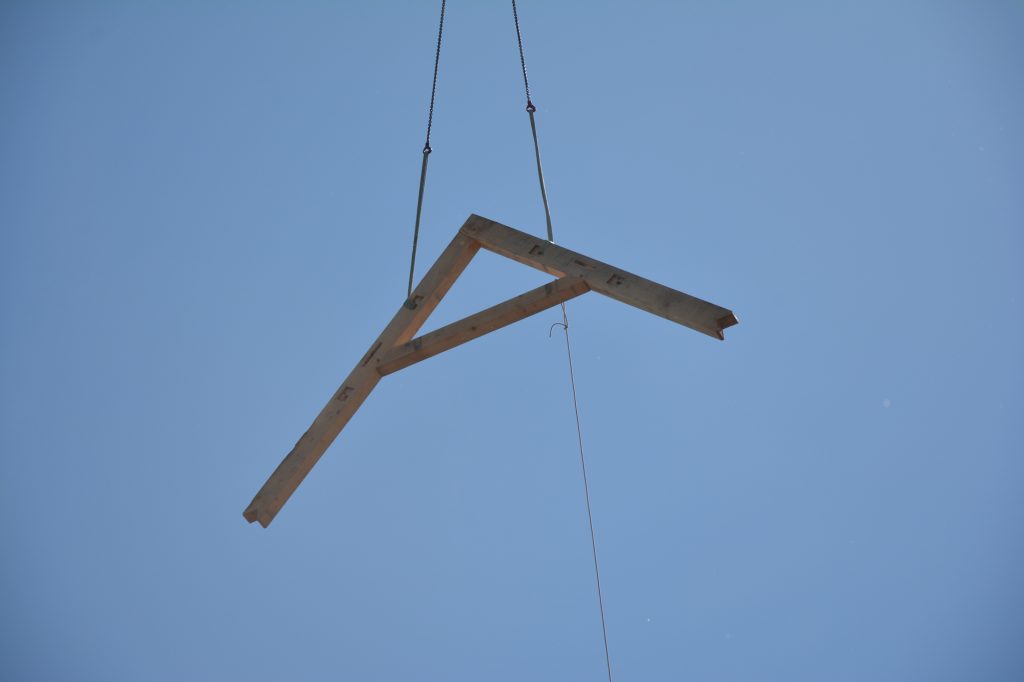 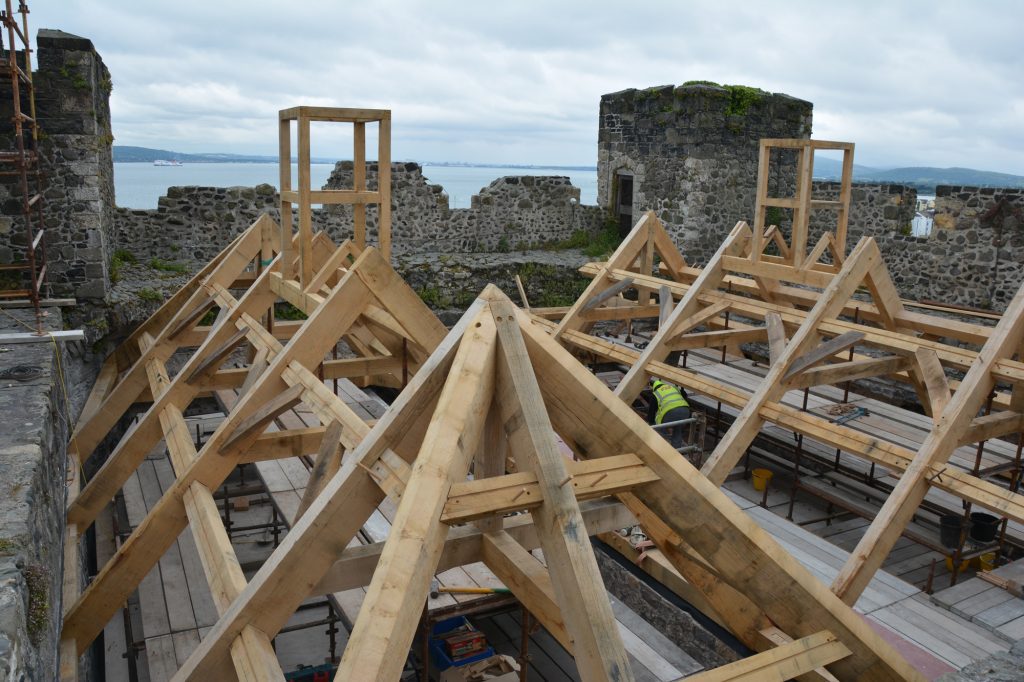 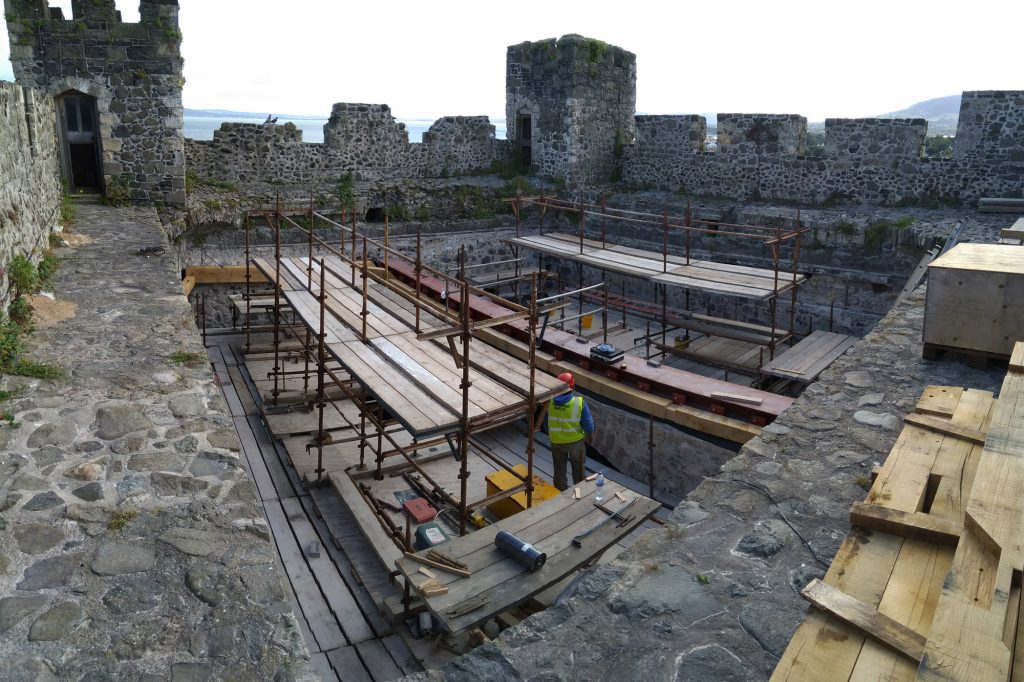 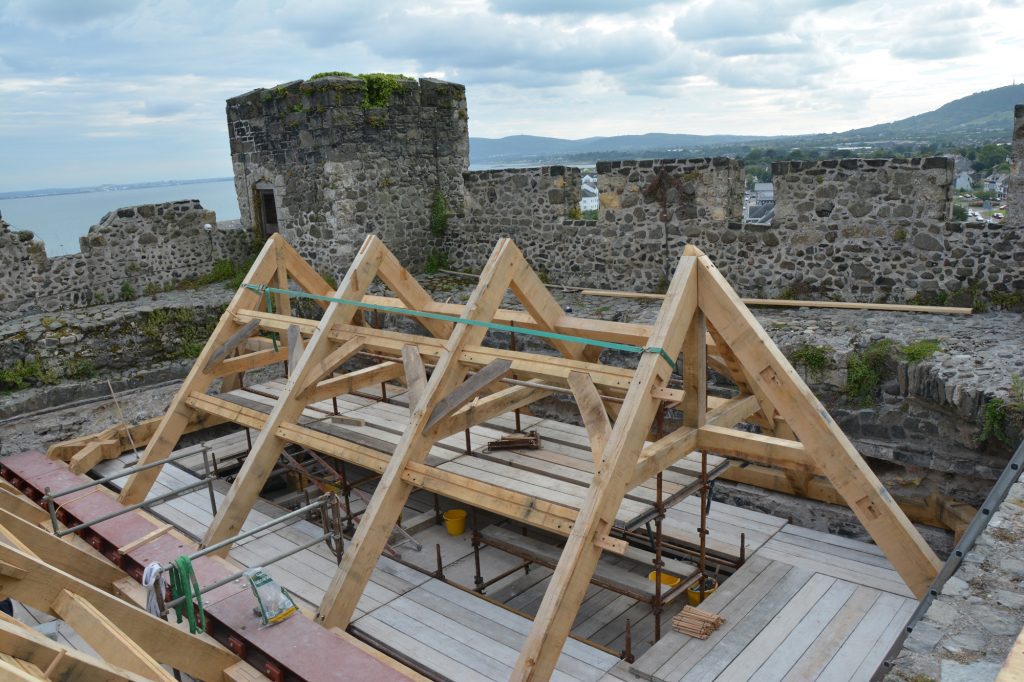 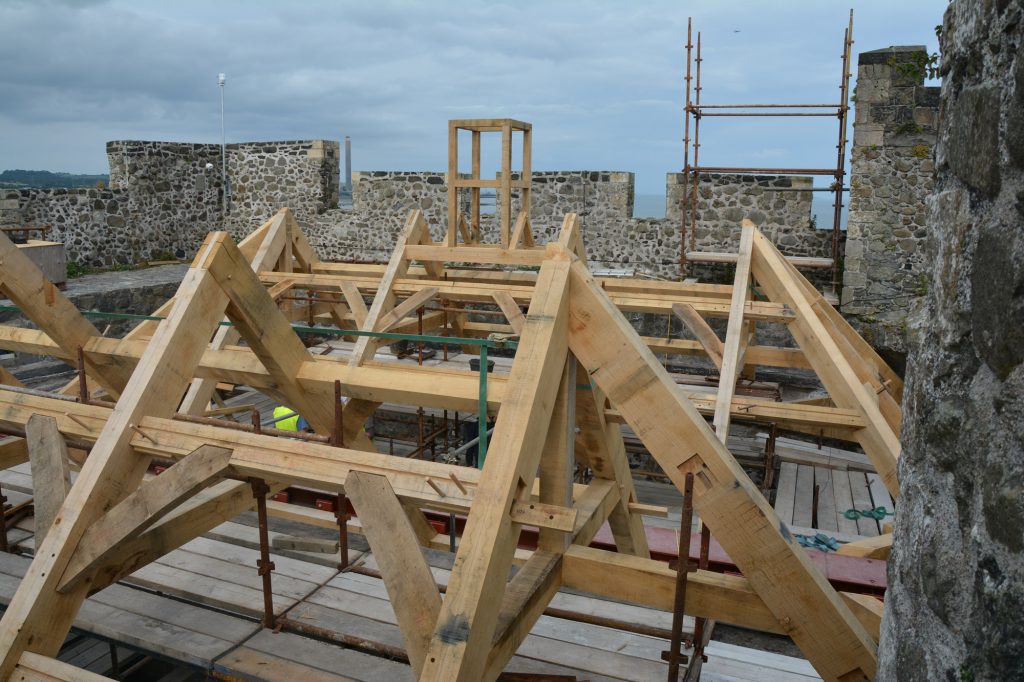 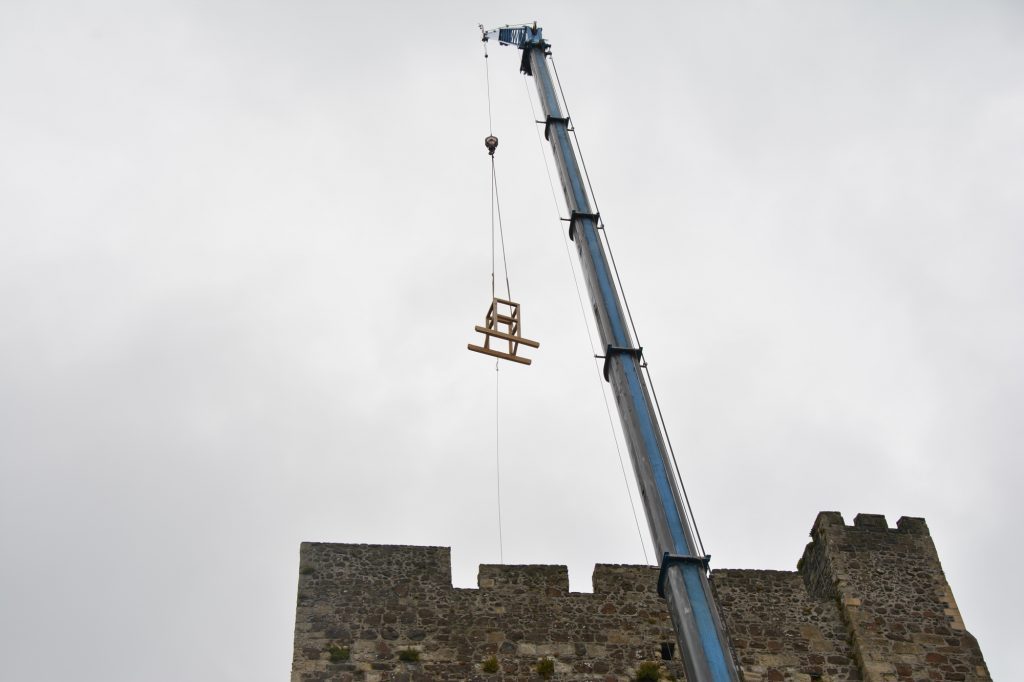 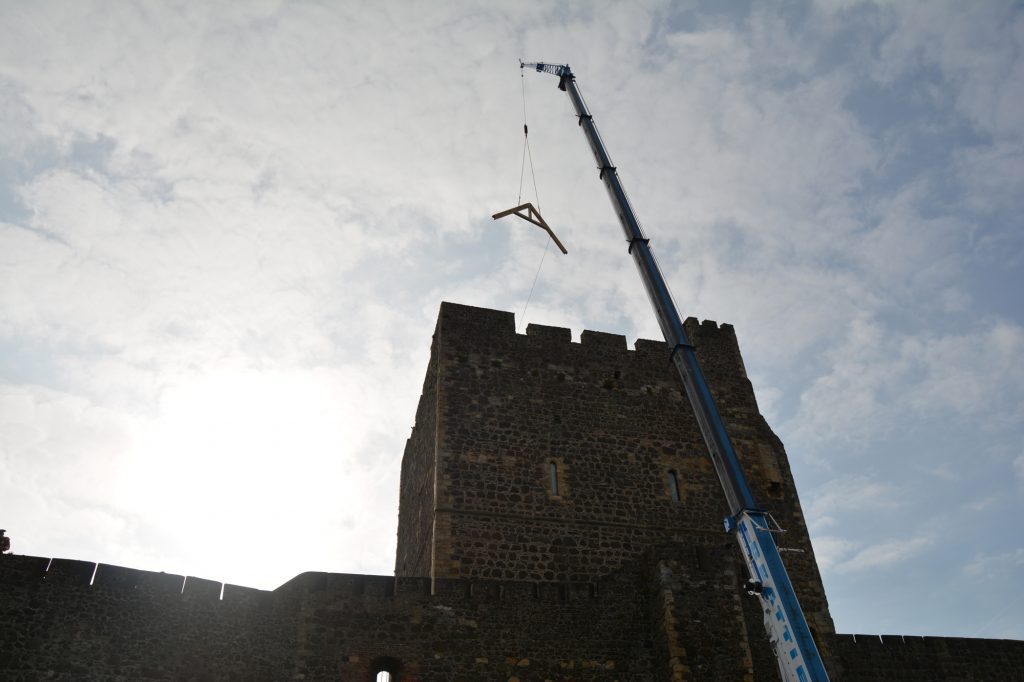 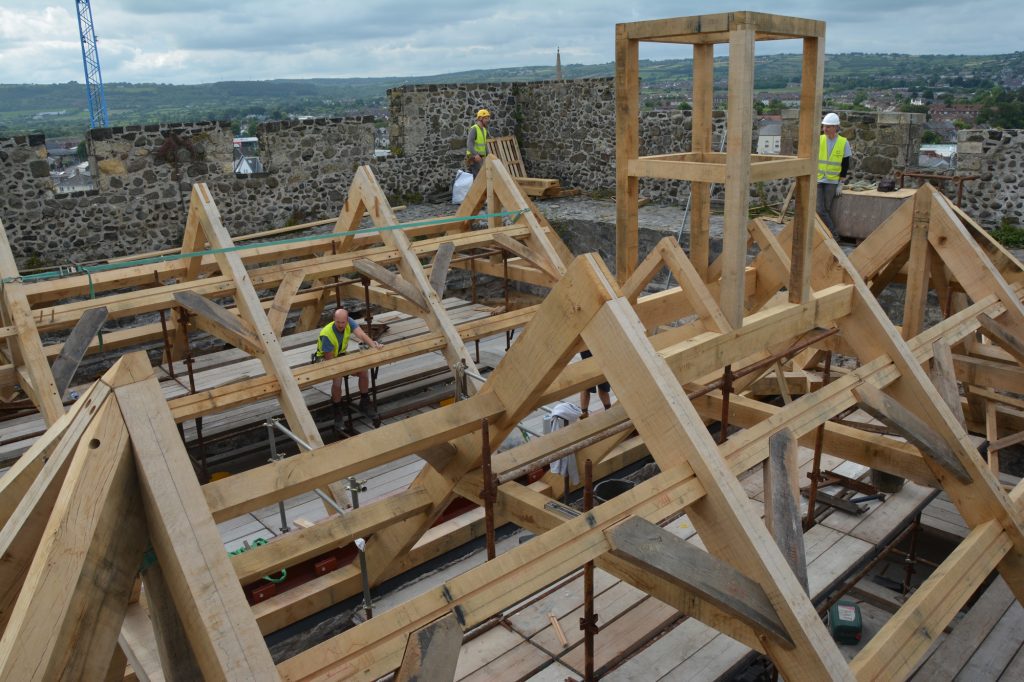