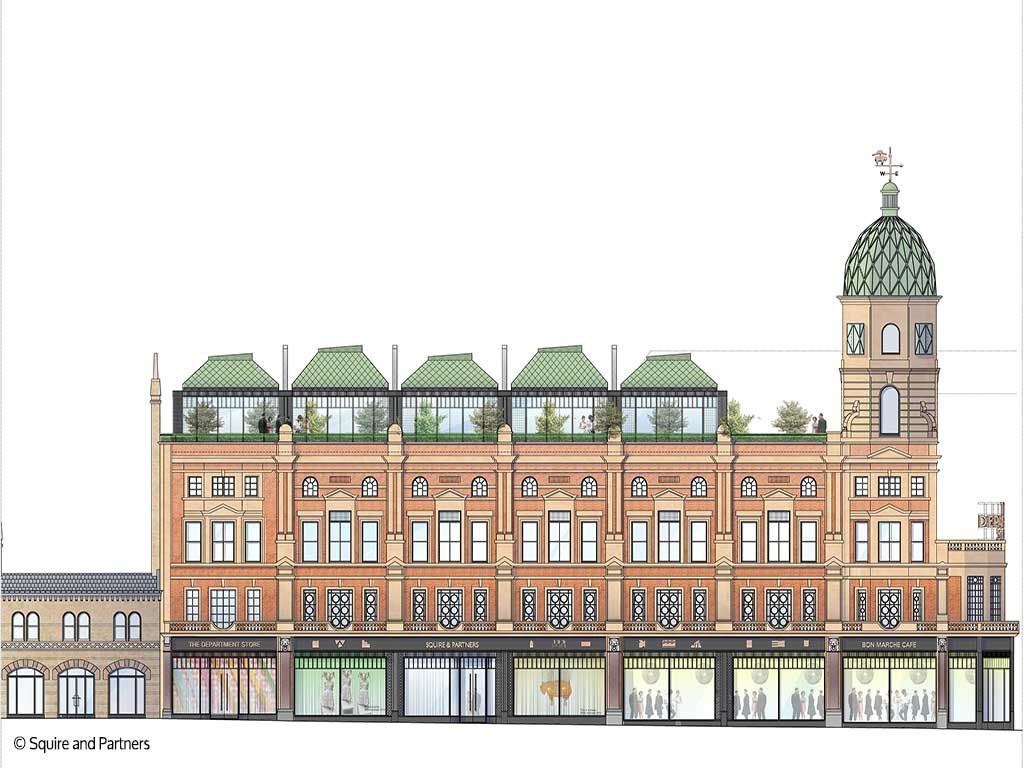 This is what it takes to entirely cover the roof of an old Brixton department store with an oak timber frame. The renovation and refurbishment of this disused Edwardian department store has been commissioned and designed by Squire and Partners to house their practice, restaurant, and multipurpose social rooftop space.

“The Department Store concept is intended to showcase the different elements of Squire and Partners’ work including installations, interior design, product design, illustration, model making and CGI as well as architecture.” Squire and Partners.

The Brixton department store project was unconventional to say the least – building on top of a building comes with its complications! For example we obviously couldn’t get a crane on to the existing roof so we used a crawler crane that was dismantled and then hoisted up. The 50 tonnes of oak needed for the frame was also hoisted up onto the roof. In busy London this was no mean feat!

We were on site at the department store for four months erecting this exceptional frame. The frame has large oak colonnades 450mm in diameter, a dragon beam roof and six roof lanterns that are six meter-squared incorporated into the frame – these are just some of the features that alongside the scale of the project make this project one of a kind. Two of the bays of the structure were also covered in a concrete slab that incorporated a douglas fir roof arrangement.

We were commissioned this project November 2015 and then following time spent in our Chippenham yard we were onsite for four months – finally finishing in August 2016. The building is due to open May 2017 so watch this space for an update and some completed photos. 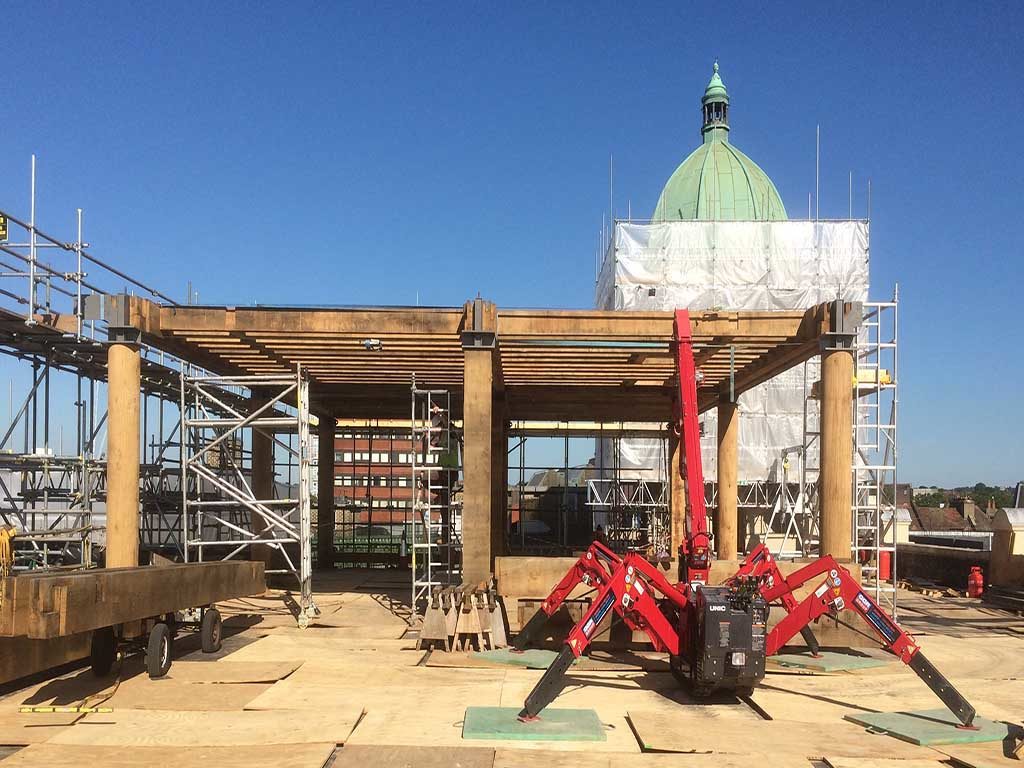