I recently had the privilege of sitting down with Jilly Dixon, to talk about her experience of Carpenter Oak over the past 22 years and to find out what she has been up to since retiring in December.  What followed was an insight into what the humble Jilly has contributed to Carpenter Oak and a rediscovered passion that Jilly has kept quiet over the years.

Jilly came to Carpenter Oak having received a call from Roderick James, he needed her help at Seagull House to work alongside his personal assistant Bari Lynn.  At this time, the Carpenter Oak Devon Yard was in its early stages.  After an appearance on BBC Home Front (or possibly Grand Designs), there was a sudden surge in phone calls.  Jilly was sent to help answer the seemingly endless stream of calls.  With no email and only two computers, the phone was the main line of communication.  All the enquiries were handwritten and then posted from Chippenham to Devon for Jilly to process.  All the information packs were made on the photocopier and collated in piles around the office.  It took six weeks for Jilly to complete all the enquiries resulting from the Home Front show.  Thrown in at the deep end, Jilly had little computer training and knew nothing about timber framing.

Jilly was in the office on her own whilst Adam Milton, Paul Kirkup, Dave Knight, Thorsten Busse and Cameron Scott were outside in the yard, framing.  Occasionally, Adam would rush in with his big Afghan hat on, red-faced from the cold, make some phone calls and rush back out again.  The yard was very different, with just one workshop, no tarmac, lots of mud and all the frames were made outside. The lower yard didn’t exist and there wasn’t much in the way of parking.

At some point, Cameron set up email, the computer could be heard whirring away every time one was sent, you couldn’t make a call and send emails simultaneously.  With no internet site, the next flurry of activity arrived with the Foresters Cabin at the Country Living Fair in London.  The following year, Carpenter Oak built the Elle Cabin, a more contemporary structure. 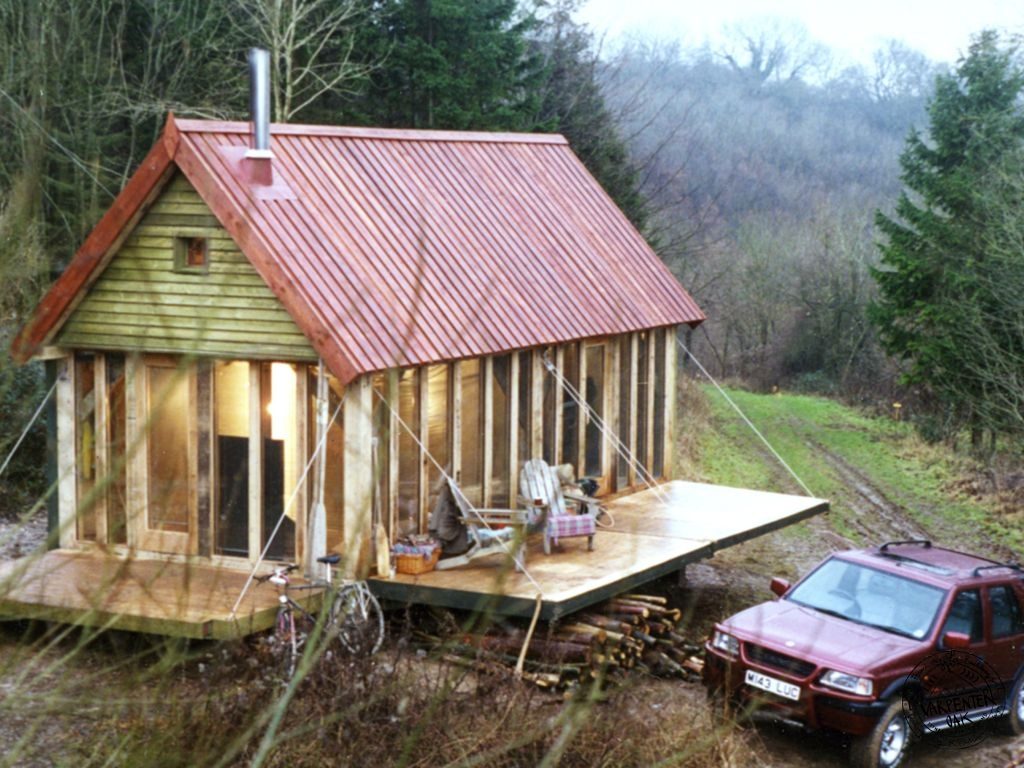 With no digital photography or filing system, all the photos were printed onto little sticky prints that Jilly would stick one by one, into the files.  There were files all around the office, if Jilly went away on holiday she would return to a pile of files and invoices in a line across the desk.  Every Friday, the timesheets would be handed in and Jilly would fax them through, one by one, to Chippenham.

Jilly has fond memories of some of the larger projects; Bedales, Windsor Castle, the Appletons and the Hindu Temple in Neasden, London.  The whole company went on a trip to the Hindu Temple, followed by a huge curry.  There were several company trips when it was small and some great parties, everyone could travel together in a couple of cars.  Camping took place at Prawle in the summer, Jilly remembers one particularly warm summer where everyone headed down to the beach at Gara Rock, she even ventured into the sea for a swim. 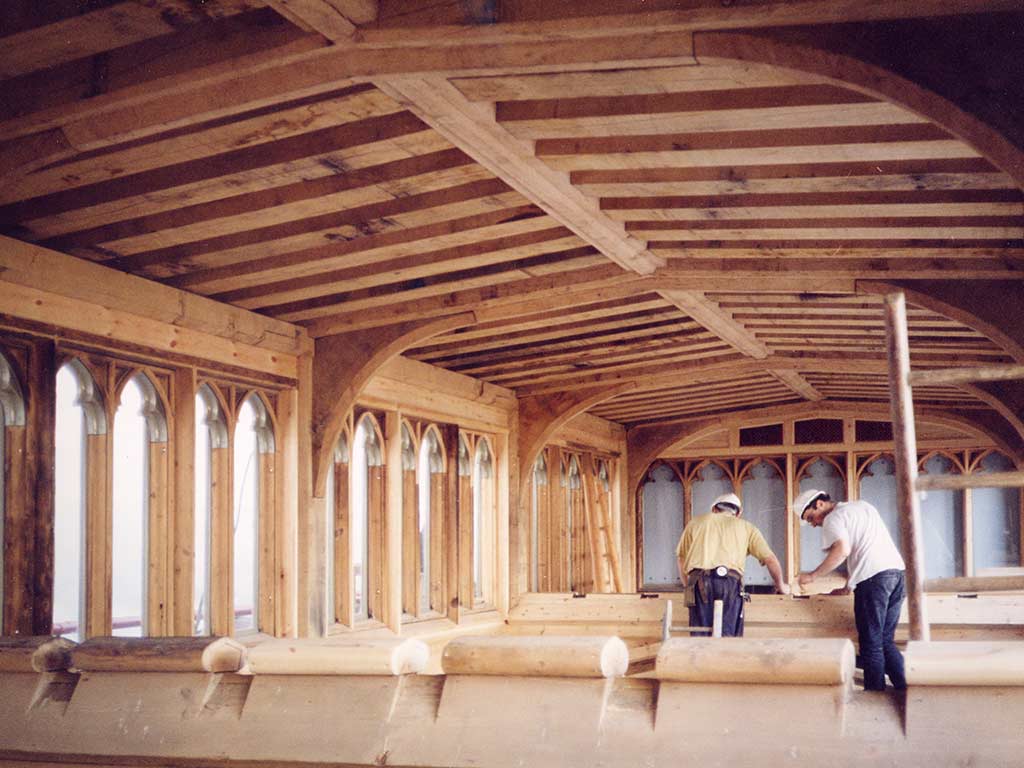 The architectural drawings were all drawn by hand.  Jilly recalls beautiful pictures, with trees and buildings drawn by architect Gary Bain, who had a drawing board in the office when he used to come and stay with the Appletons.

As the business expanded there became a need to update the brochure.  An Italian artist, Michele Tranquillini, was commissioned,  he put together a series of sketches.  Once again, Jilly was very much taken with the artwork.

With the arrival of more people, further workshops and a canteen eventually came along.  A welcome development from the small sink and kettle that sat in the corner of the office.

Carpenter Oak used to gift saplings for every tree used in the frames they produced.  Jilly was tasked with the sapling allocation every September.  Carefully going through each file from the past year, Jilly would contact the clients to see if they wished to receive their saplings or donate them.  Originally these were all handwritten, posted letters, until email was introduced.  Some years, Jilly was ordering and allocating up to 20,000 saplings.  Those that the clients didn’t want were sent to various woodlands, including some quarries in Cornwall and to a client who had become involved with a scheme to replant middle England with oak.

With the continuing expansion, there was soon the need to employ an accountant.  Jilly was tasked with filtering out the applications before passing them on to Adam.  There were lots of applications from all sorts of people, from farmer’s wives to ex-army officers.  One morning she received a phone call from Lee Manning, he was checking to see if she had received his hand delivered CV that he left in the post box.  He drove out to hand deliver it so he would know how to find Carpenter Oak if he was offered an interview.  Scurrying out in the rain, Jilly retrieved it from the box and read through with interest.  Waving it in the air, Jilly shouted excitedly across the office, ‘I think I’ve found our man!’

It was sometimes difficult for Jilly being the only girl.  ‘Naughty’ by her own admission, Jilly scuttled home at lunch time for a quick escape.  The introduction of a few more women in the business was a welcome relief.

22 years is a long time to be in one company, Jilly’s motivation to stay was the people she worked with.  Situated only half a mile up the road from her home and being part-time was handy, but overall it was the people that kept her there.  With the death of her husband in 2003, the support of her friends at work was very important.  Jilly was also able to return to work with her faithful puppy Jack in tow, Jack remained a permanent feature of the office his whole life.

Since leaving Carpenter Oak, Jilly has returned to painting.  Art was always Jilly’s favourite subject at school, so when a friend suggested she come round once a week to paint together, it was hard for Jilly to refuse.  Having recently discovered pastel pencils, Jilly has fallen in love with them, producing several pictures and even having some cards printed. 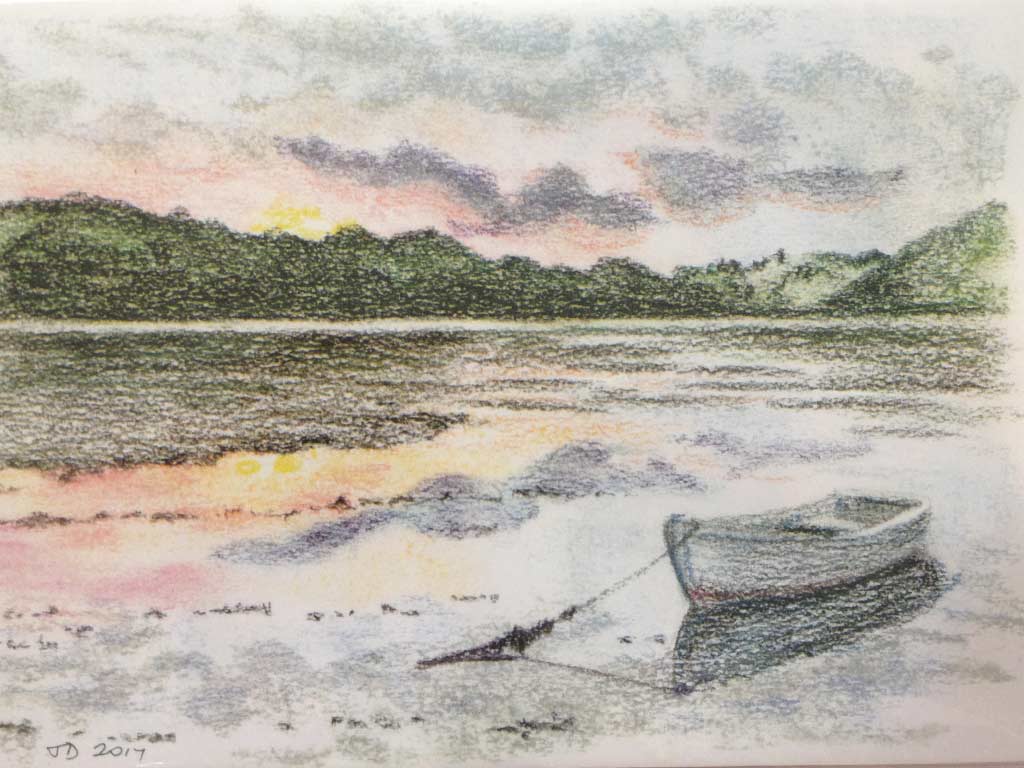 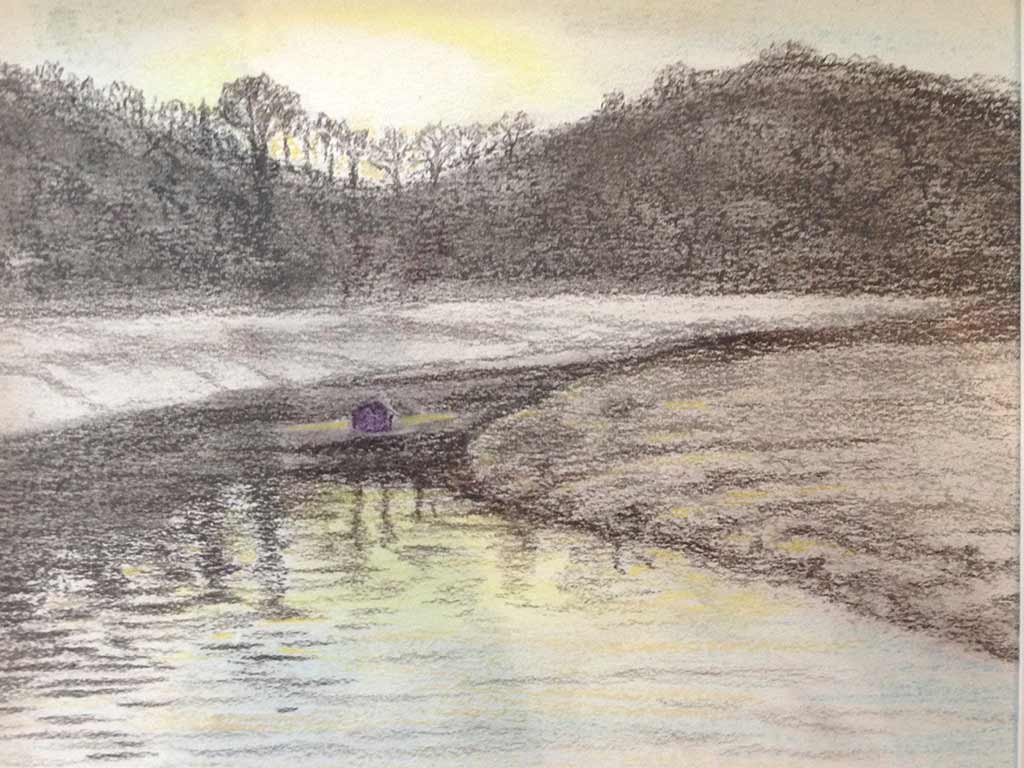 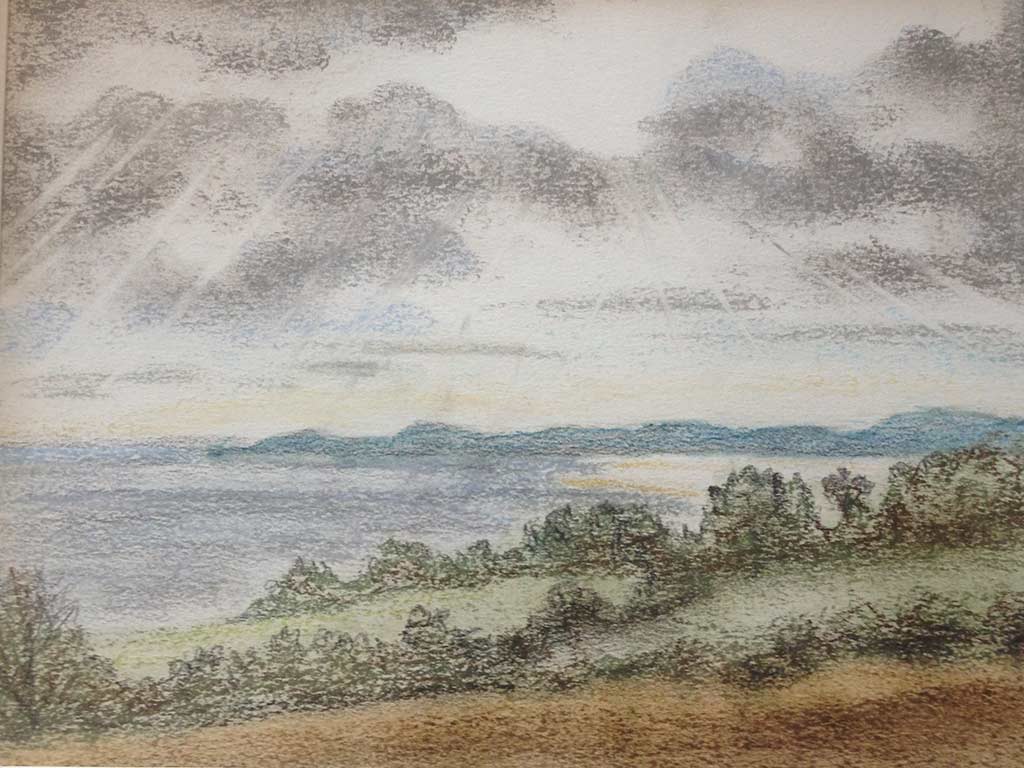 Jilly has a new addition to her family in the form of Fred, her Cockerpoo Puppy.  Puppy classes and training are taking up a lot of time and energy but he is wonderful company.  Once he’s ready to socialise with the other Carpenter Oak dogs, Jilly plans to bring him up to the yard one evening to relax with everyone after work.

Social Gatherings – a look ahead to happy occasions