Our role in the British Normandy Memorial

On 6 June 1944, the largest seaborne invasion in history took place on the northern coast of France.

Hampered by the German forces and poor weather, initial progress took longer than planned for and casualties were high – over twenty-two thousand lost their lives in Normandy, as well as many thousands of French civilians

Ultimately though, it gave the Allied forces a foothold that expanded in the coming months and laid the foundations of the Allied victory on the Western Front. 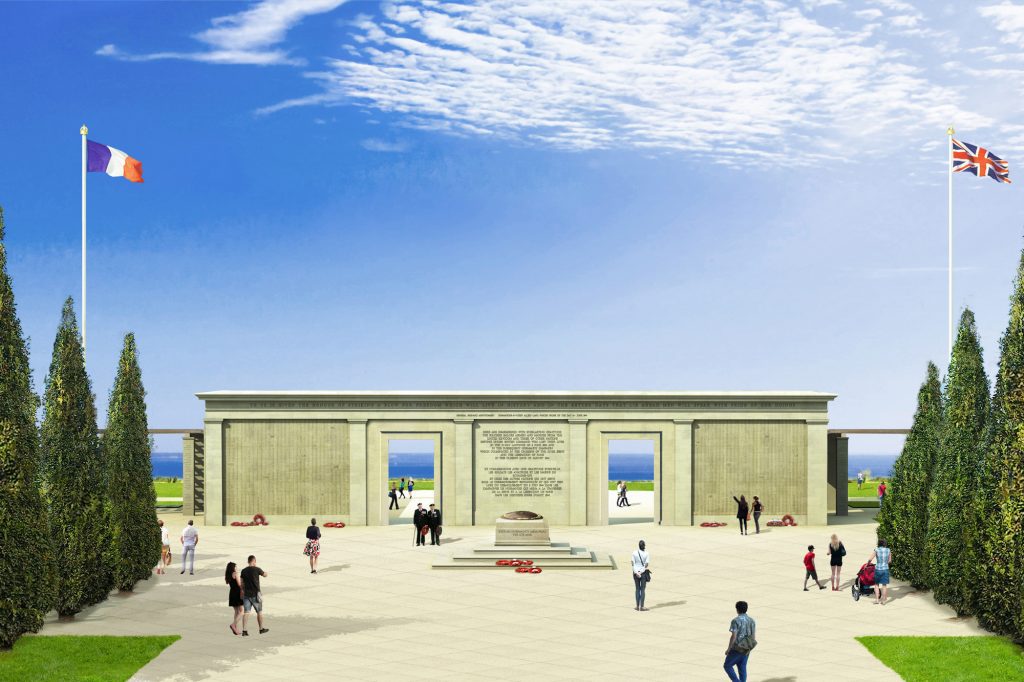 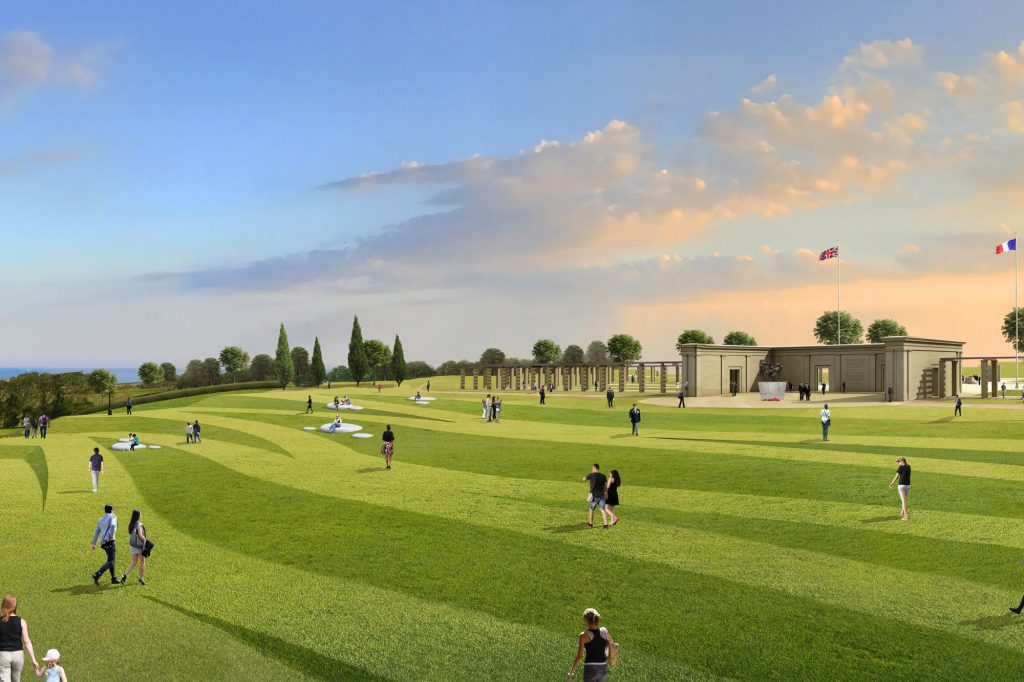 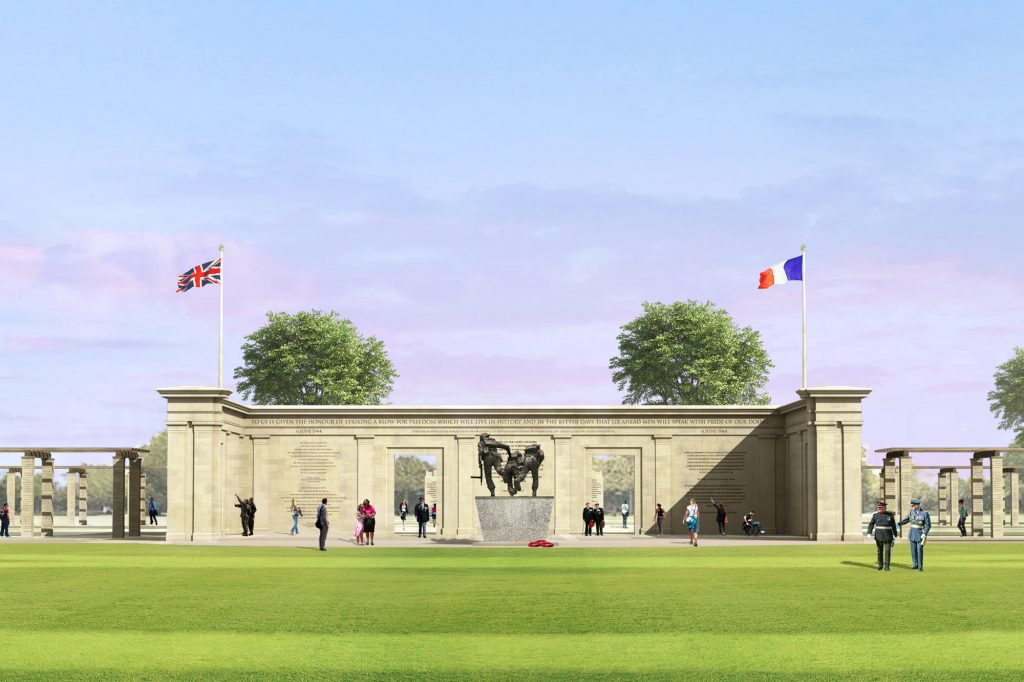 The site in Ver-Sur-Mer overlooks Gold Beach and will record every name of those under British command who lost their lives between the D-Day landings on 6 June and 31 August when the Normandy campaign was concluded with the liberation of Paris.

Designed by architect Liam O’Connor, stone columns with the 22,442 names inscribed were installed by master stonemasons S. McConnell and Sons, who engraved the names at their headquarters in Northern Ireland. 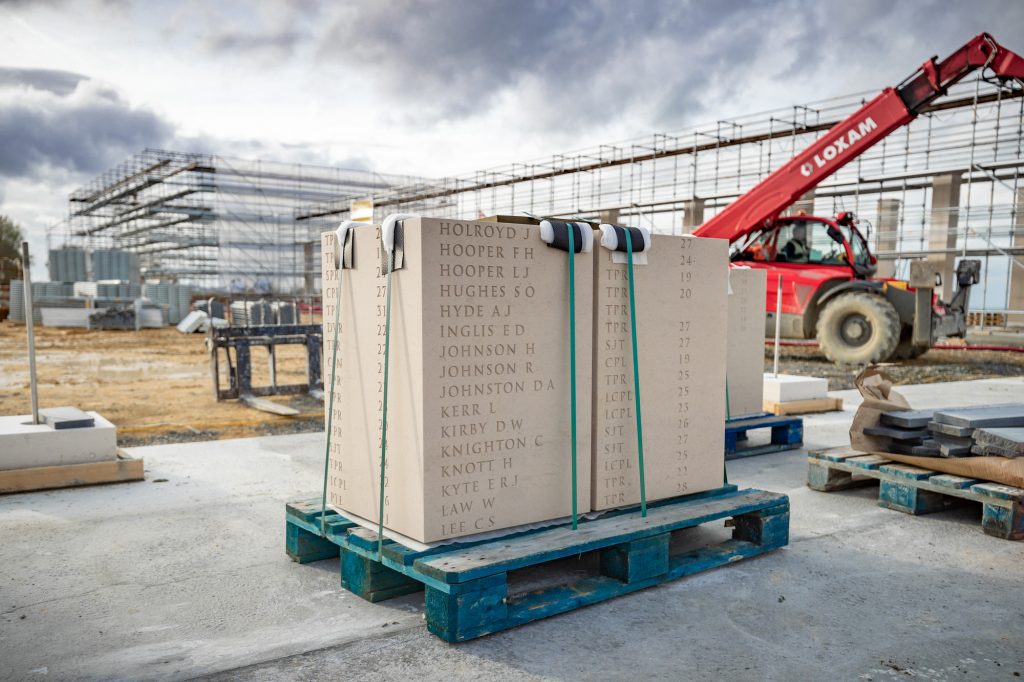 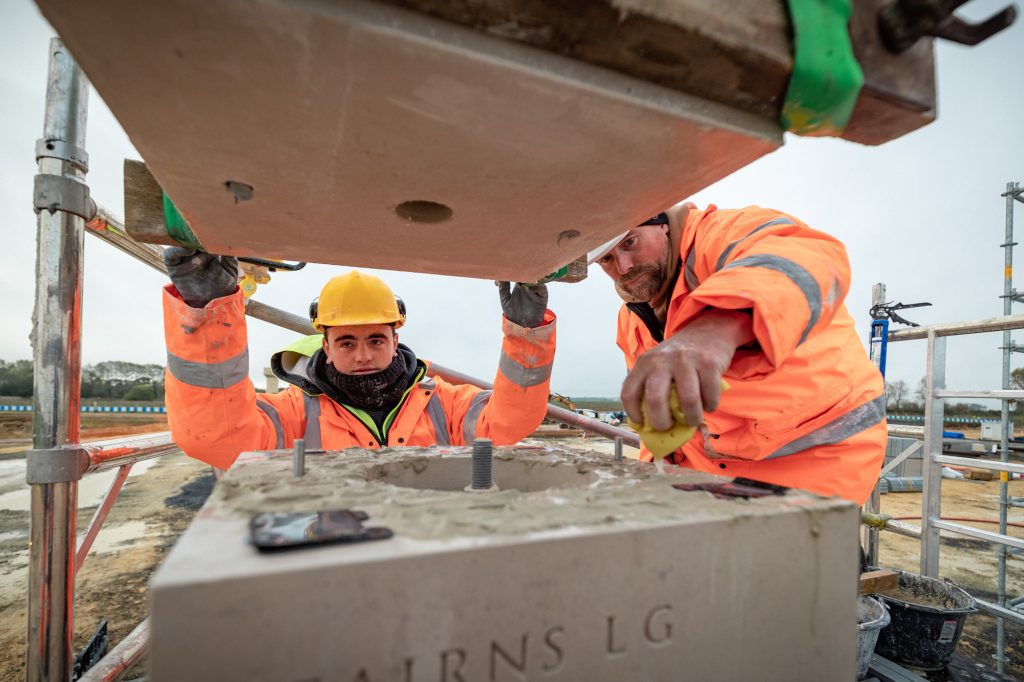 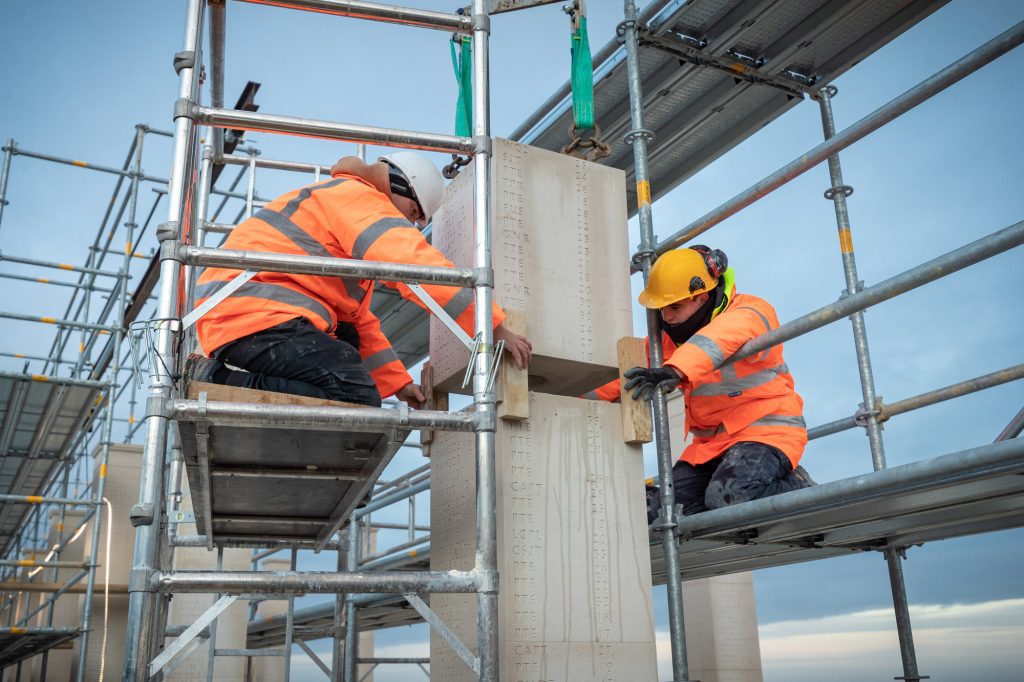 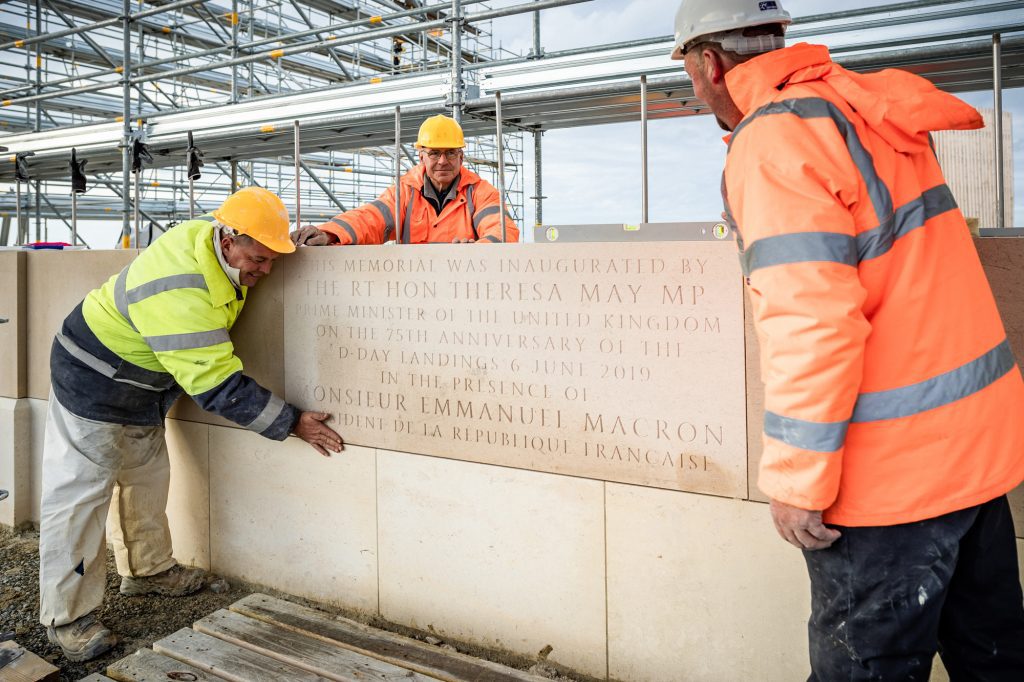 Carpenter Oak’s role in the project included the frame design, manufacture and erection of the pergola structure added to the stone columns, comprising 84 beams and around 500 joists, using over seventy cubic metres of oak.

We are also made the wooden trellises, made up of 600 slats of larch and 22 large oak benches. 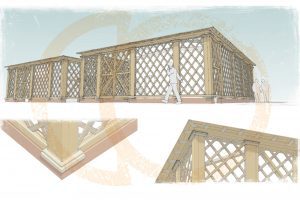 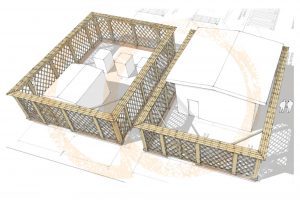 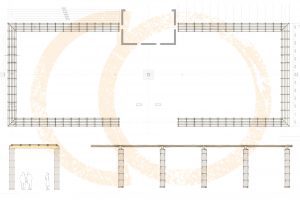 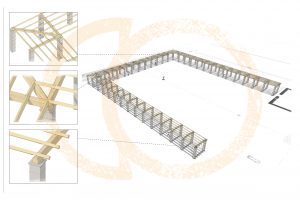 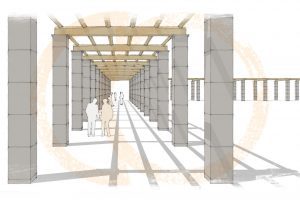 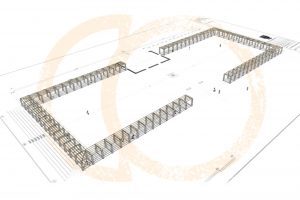 We arrived on site in July 2020 and after delays due to the Covid pandemic, the memorial was opened on 6 June 2021 – 77 years on from the D-Day.  Find out more in our case study. 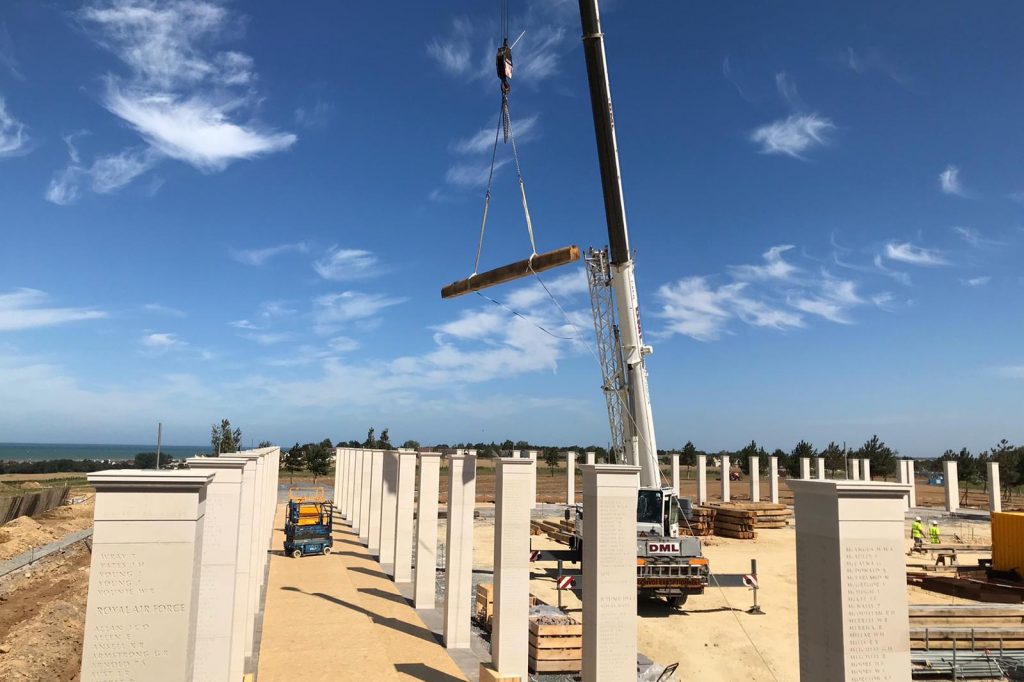 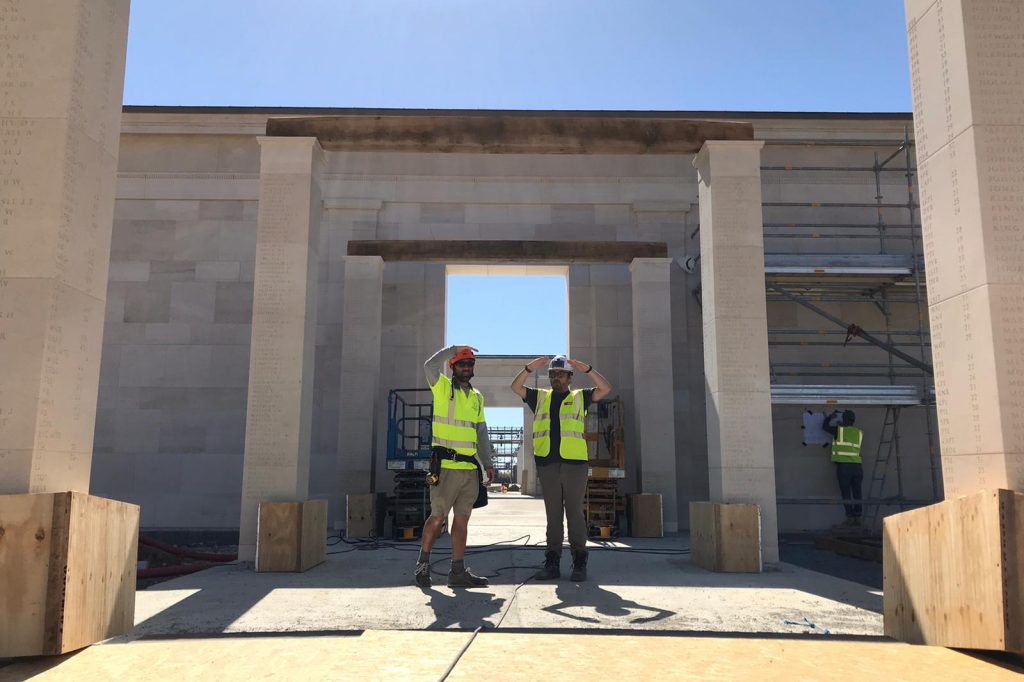 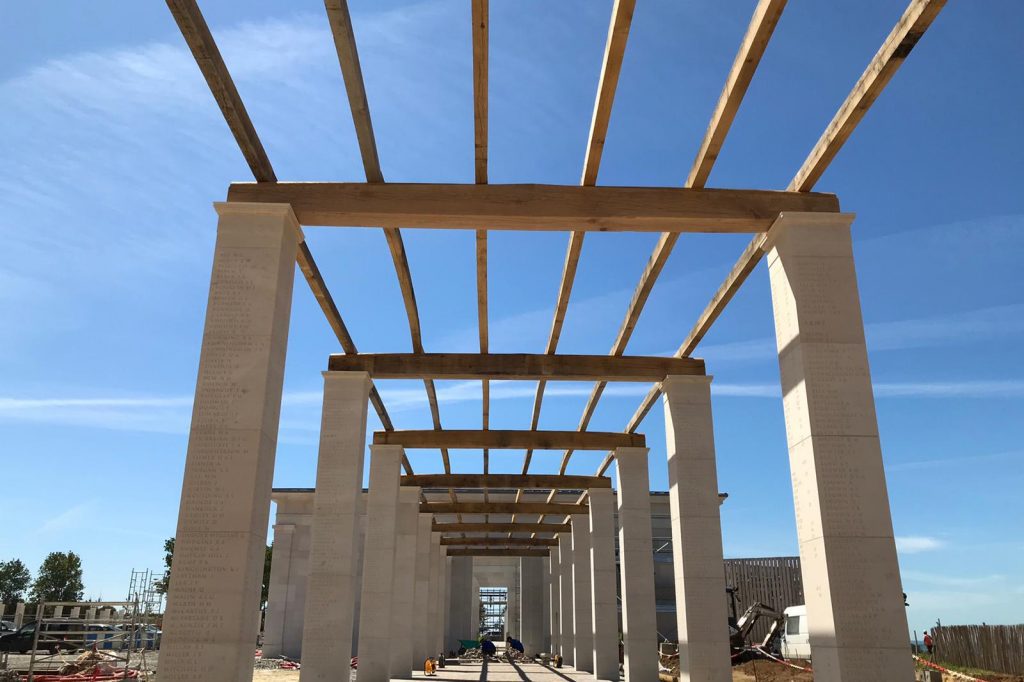 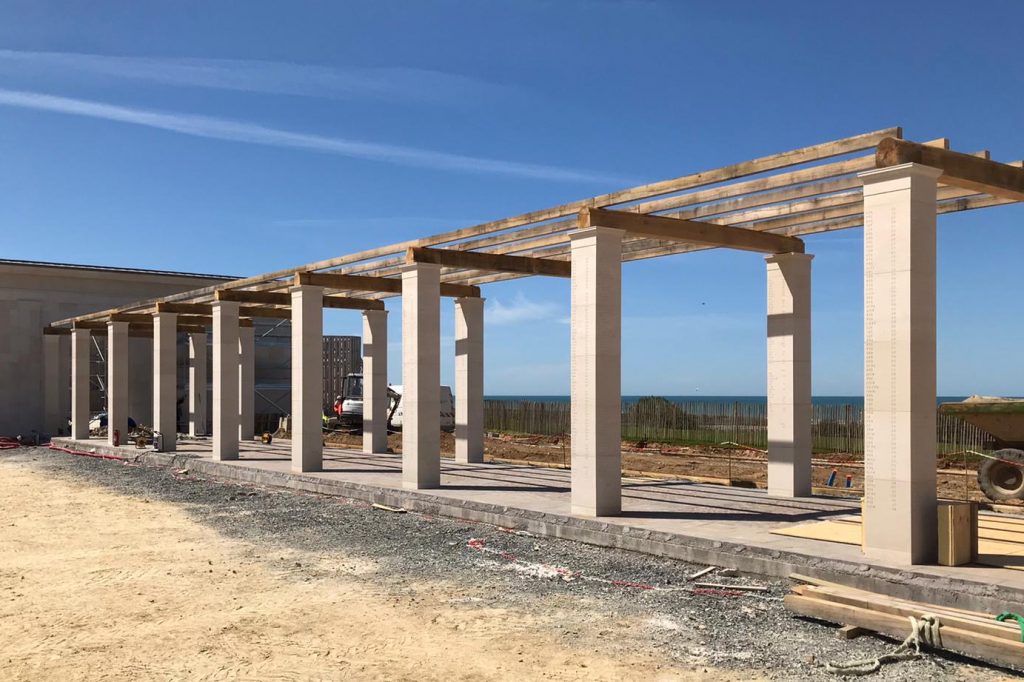 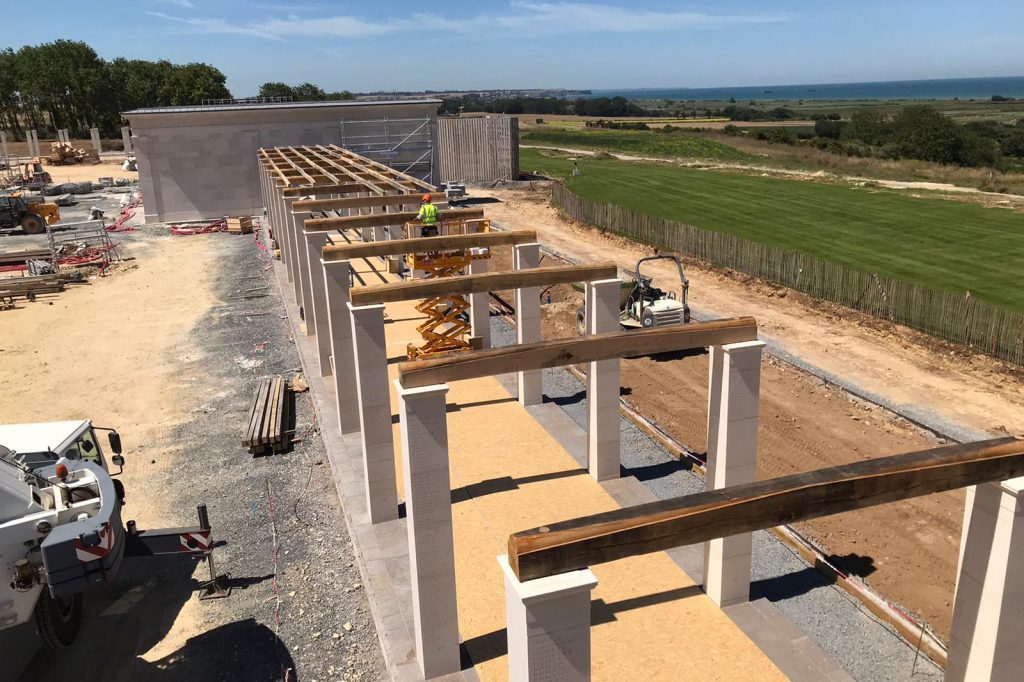 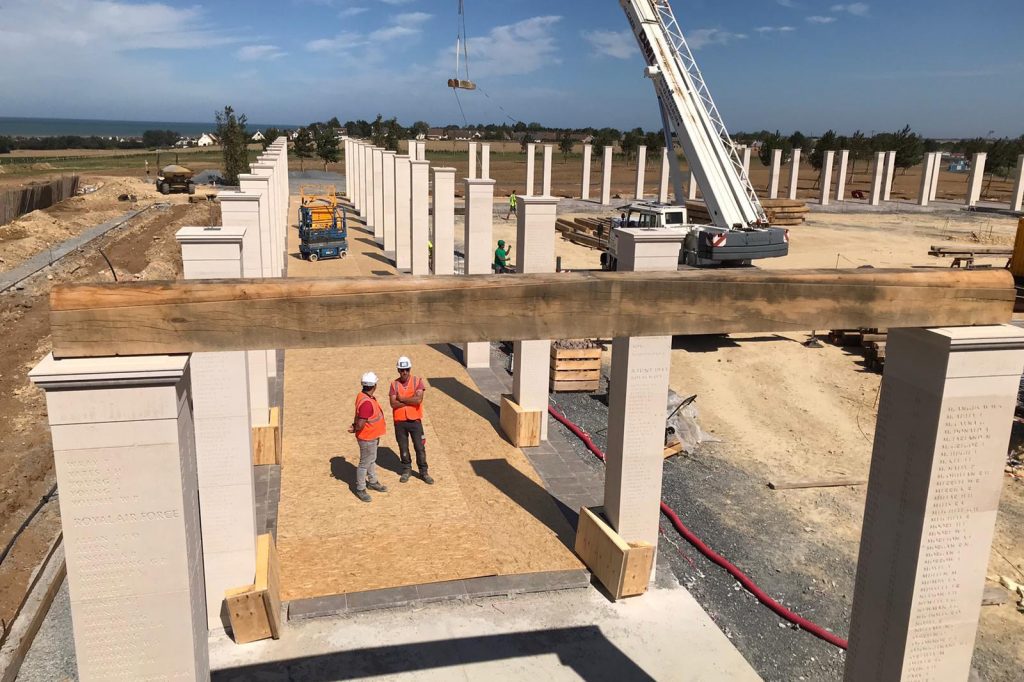 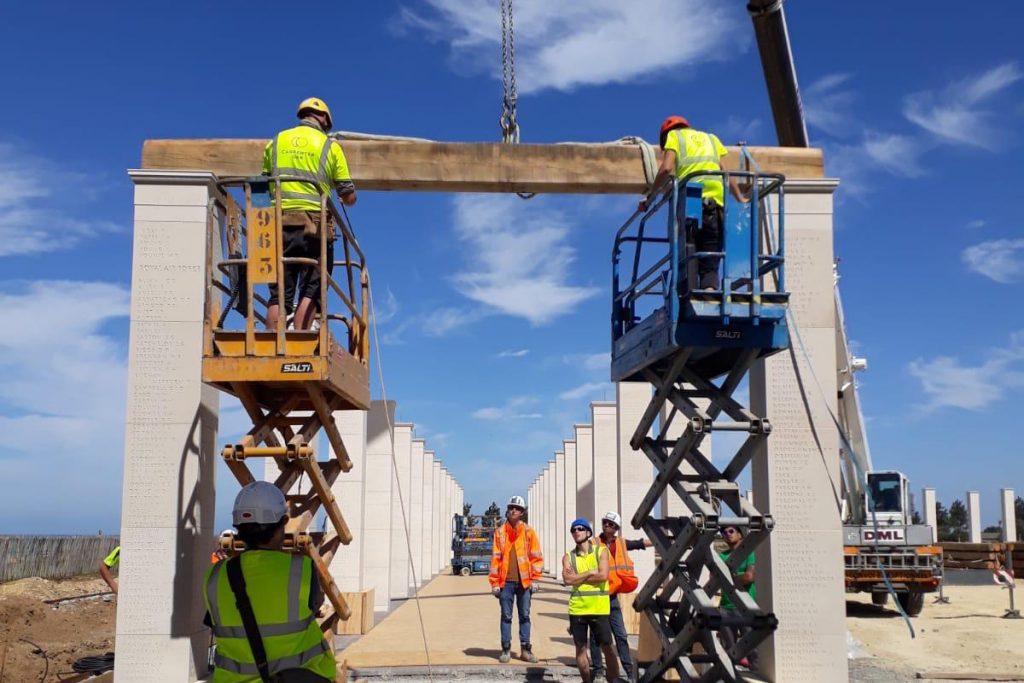 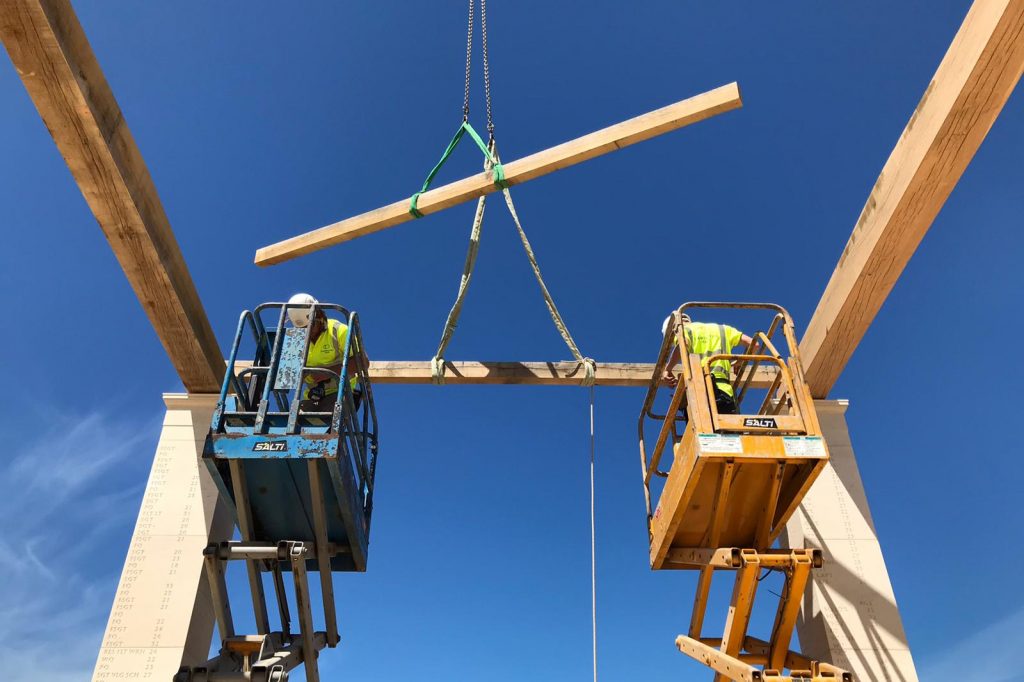 You can find out more about the building of the British Normandy Memorial and how to support the project at normandymemorialtrust.org. 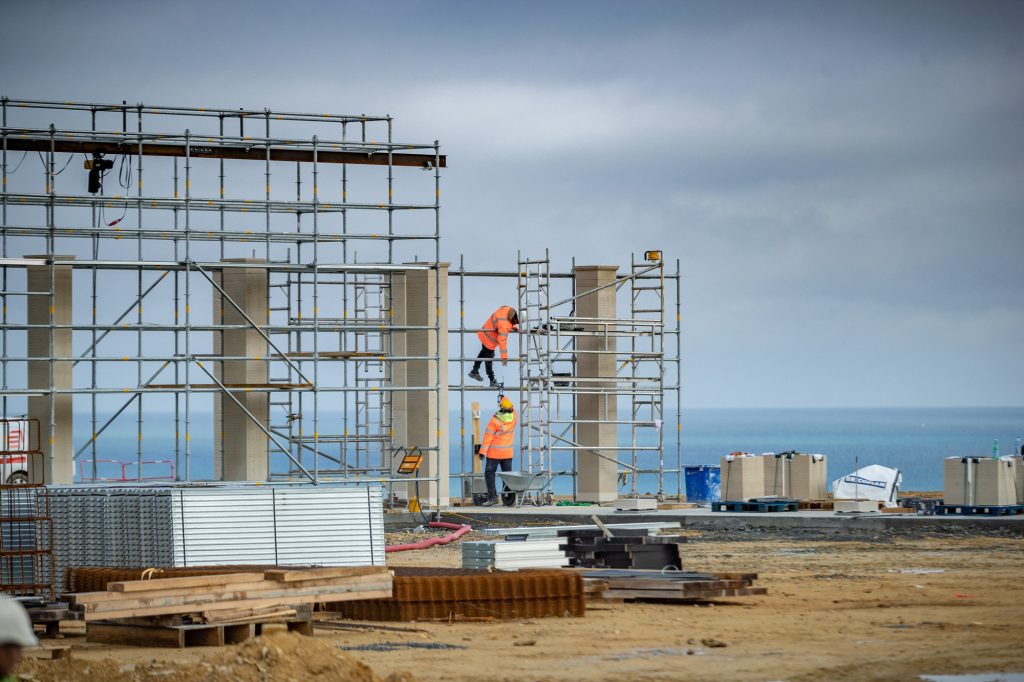 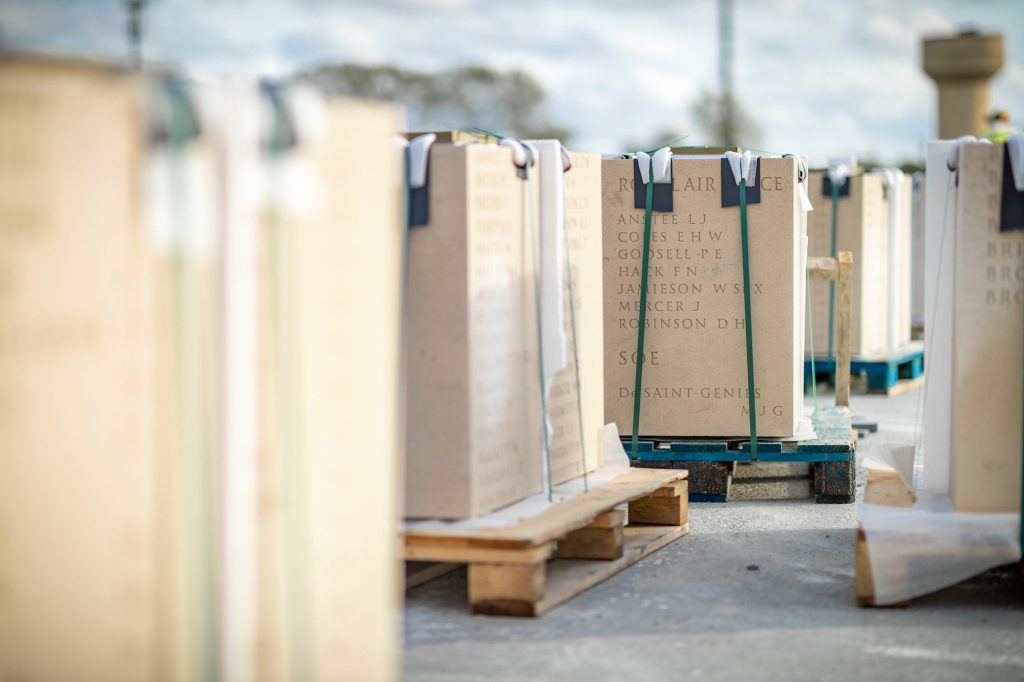 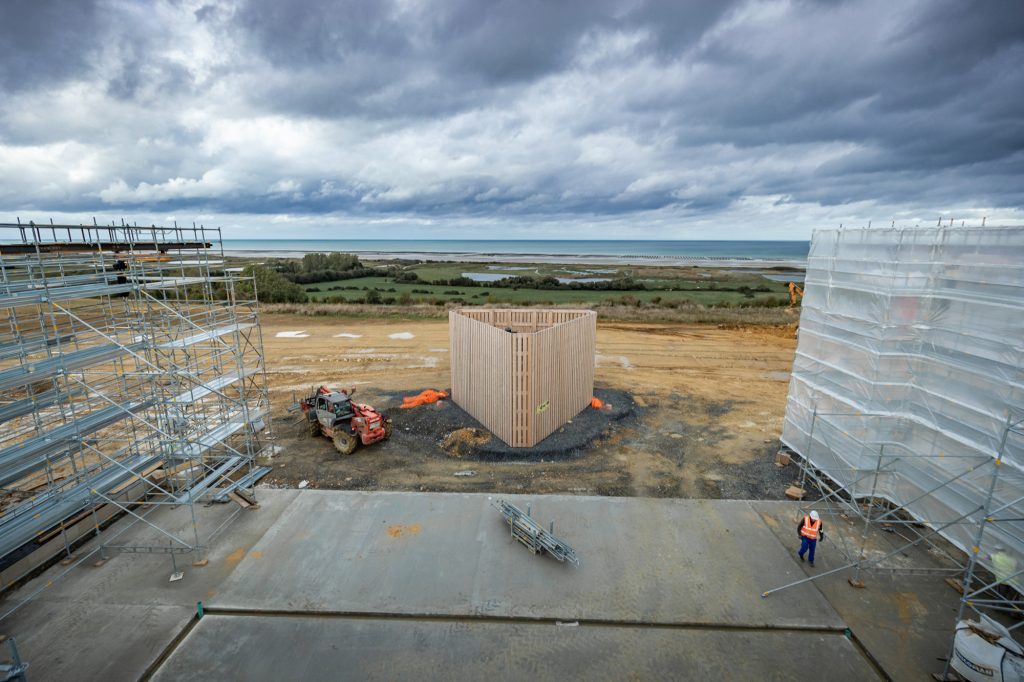 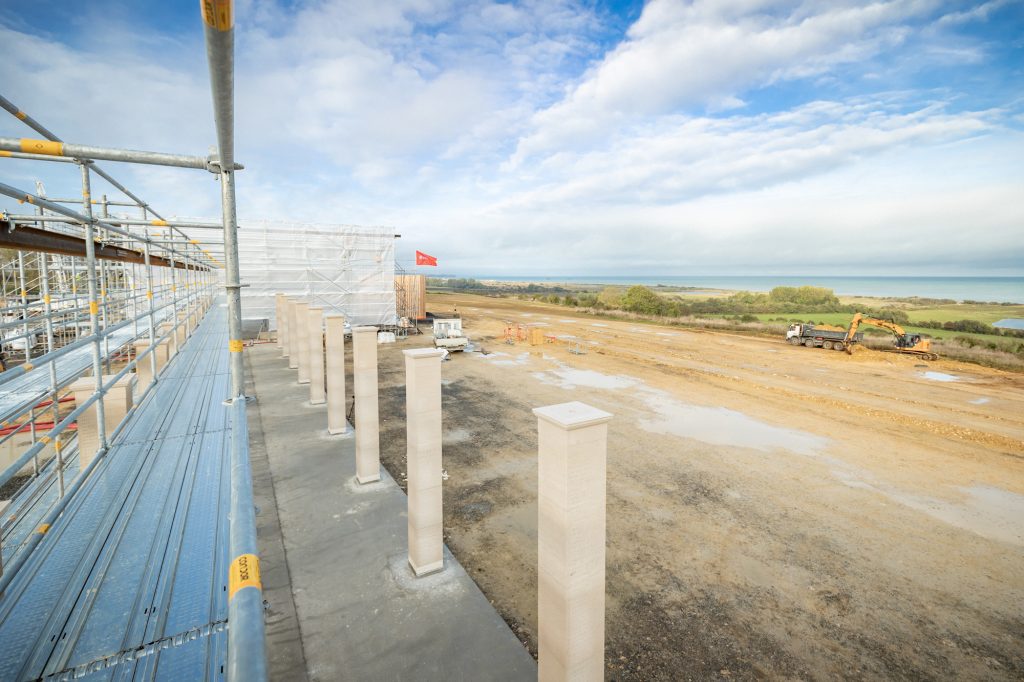 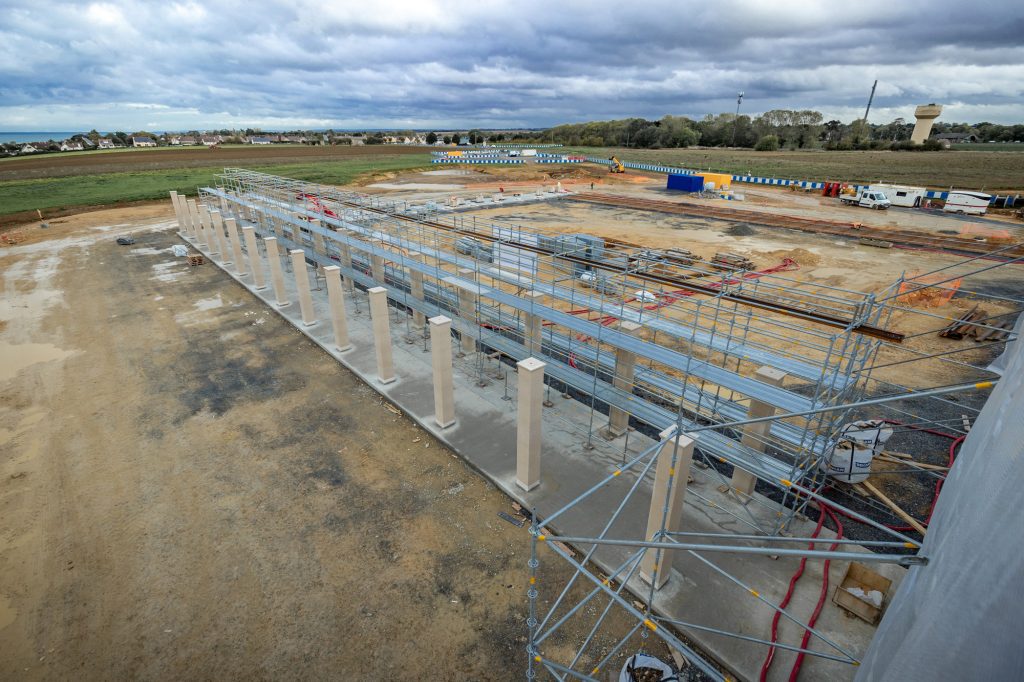 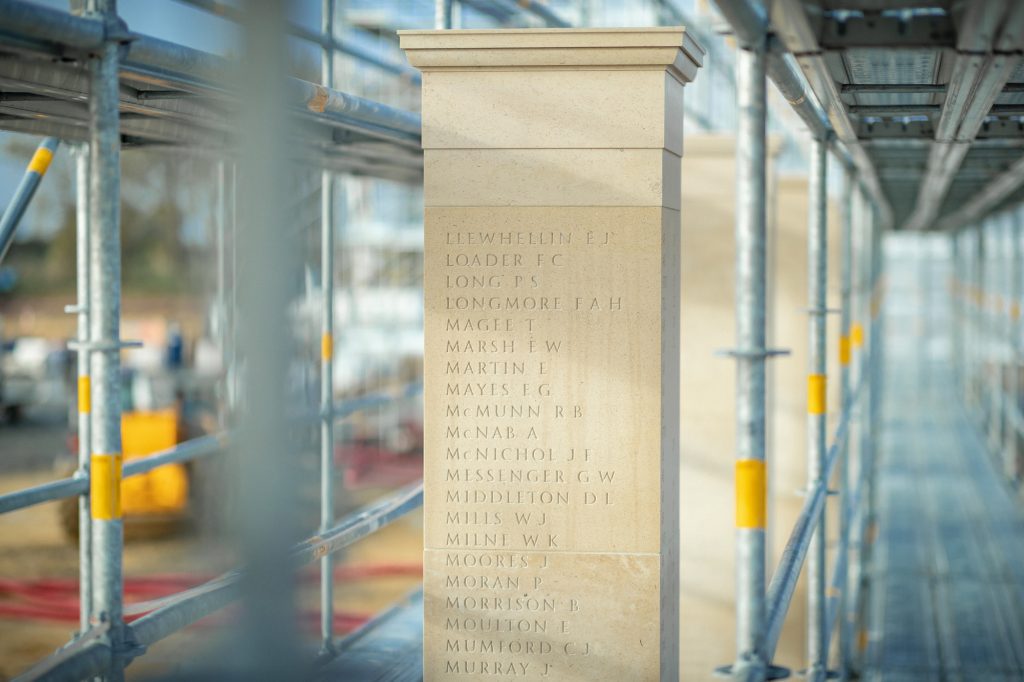 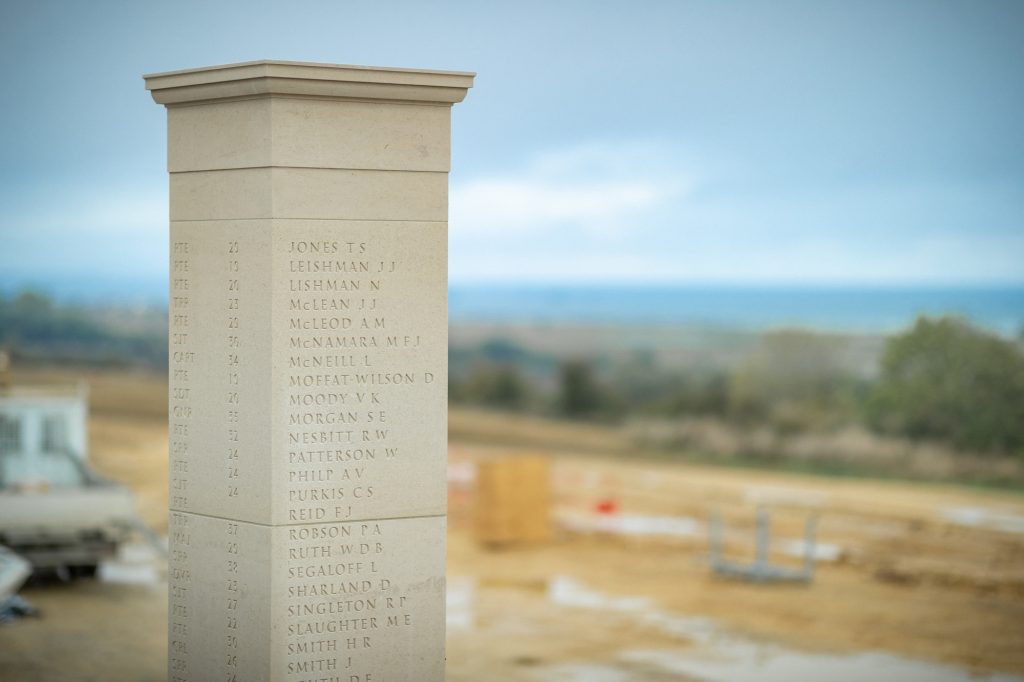 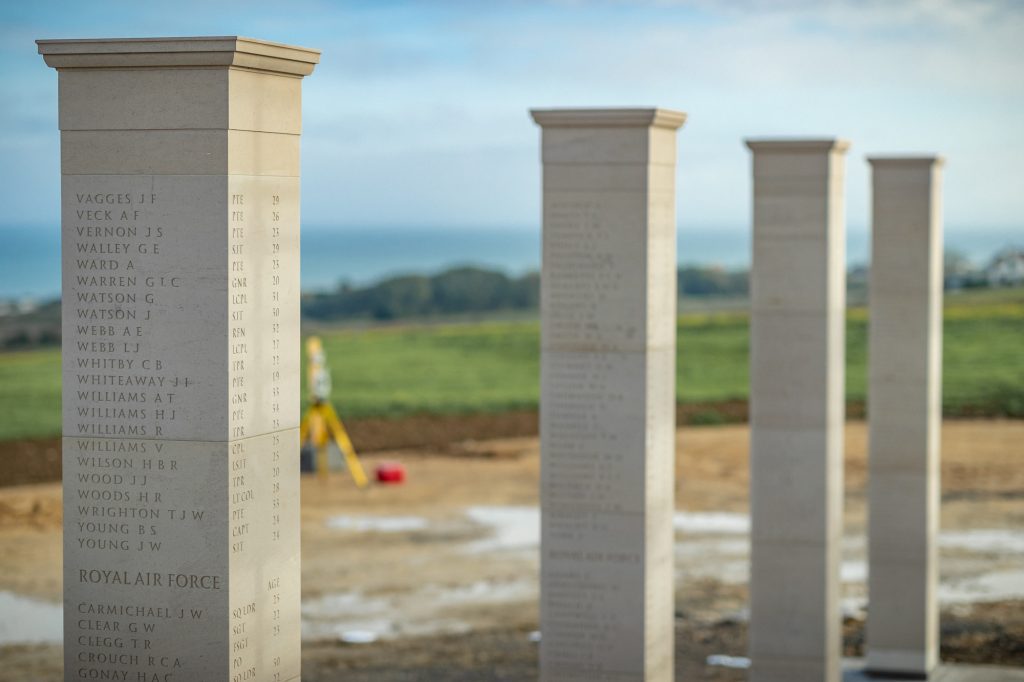